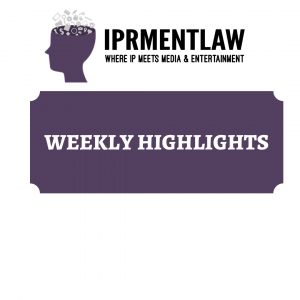 A Delhi based lawyer Vineet Jindal has filed a complaint before Delhi Police commissioner against  Aamir Khan, film’s producer and director alleging that that the portrayal of the Indian Army in Laal Singh Chaddha was demeaning to the armed forces. In the film, Aamir’s character works as an Indian Army personnel, one of several jobs he holds throughout his life.

The complainant has alleged in his complaint that there was objectionable content in the movie. He also sought registration of an FIR under sections 153 (wantonly giving provocation with intent to cause riot), 153A (promoting enmity between different groups), 298 (wounding the religious feelings of any person), and 505 (statements conducing to public mischief) of the IPC.

Social media intermediaries are proposing a 7 member self-regulatory committee led either by an eminent jurist or industry senior to handle appeals by Indian users over content and takedown directives.

The proposed committee will take up appeals by users with regard to ‘removal or reinstatement of user accounts or information, data, or communication links uploaded by users, for violating signatory’s policies’.

State president of the Sena’s youth wing, Chandra Prakash Singh, and its vice-president Arun Pandey alleged that Aamir Khan makes fun of Hindu deities in his films and he is against the Sanatan Dharma and members of the Hindu outfit demanded a ban of it in Uttar Pradesh.

Salman’s farmhouse neighbour Ketan Kakkad uploaded videos about Khan’s alleged activities including the actor being a part of the underworld, involved in drug trafficking, etc.

Khan had approached the City Civil Court, which didn’t rule in favour of the actor, thereafter the matter has been raised before the High Court.

The matter is listed for further hearing on August 22.

iQiyi does not appear to be compliant with the Information Technology (Intermediary Liability and Digital Media Ethics Code) Rules, 2021, which lays down regulations for streaming services serving users in India.

The service does not have age ratings mandated by the Ministry of Information & Broadcasting, does not offer an India-specific complaints mechanism with a grievance officer appointed for the country, and does not appear to be a part of the three-tier self-regulatory structure that is mandated for Indian streaming services.

After the alleged fatwa for singing ‘Har Har Shambhu’, Farmani Naaz of Indian Idol fame has run into another trouble with a composer from Odisha intending to sue her over copyright violation.

A song by the same name rendered by Keonjhar girl Abhilipsa Panda, which made her a social media sensation, has been composed by Jeetu Sharma. The ‘Shiva Stotra’, which was uploaded on April 19, has garnered more than 8 million views. Farmani, a resident of Muzaffarnagar in Uttar Pradesh, on the other hand, uploaded the music cover on her YouTube channel on July 24 during the Kanwar Yatra.

The Madras High Court quashed the First Information Report (FIR) filed against actor Suriya and director Gnanavel regarding the film Jai Bhim in which it was alleged that the Vanniyar community sentiments were hurt as they were portrayed in a bad light.

Zara had argued there was a ‘high degree of visual and oral similarities’ between the two brands, but the tribunal found the link was ‘too insubstantial’.

The toy maker asked the court for an order blocking Rap Snacks from using the “Barbie” name, as well as money damages including profits from “Barbie-Que” sales.

Moscow City Court ruled “on the protection of exclusive rights to the characters of the animated work ‘Svinka Peppa’ (‘Peppa Pig’). From this definition, it can be concluded no breach of intellectual property rights has been linked to Sconnect’s ‘Wolfoo’ set of characters against EO’s ‘Peppa Pig’ set of characters; while affirming that under the Russian law, EO is unable to file a claim with the same demand against Sconnect in the future.”

CANADIAN ARTISTS MAY SOON RECEIVE ROYALTIES WHEN THEIR WORK IS RESOLD

Canadian politicians are drafting legislation that would amend the country’s copyright law to grant artists royalties when their work is resold.

“It is particularly beneficial for Indigenous and senior artists, aligns Canada with many of our international trade partners, and it is one of many ways the federal government can help visual artists recover from the pandemic and prosper for years to come.”

The Canadian Artists Representation noted that more than 90 countries including Australia, Britain, Mexico and all members of the European Union have similar royalties for the resale of work.