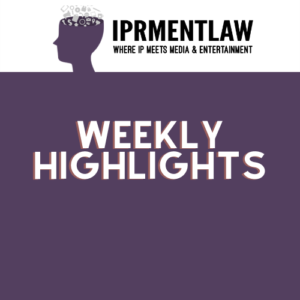 Recently, the Supreme Court in Knit Pro International vs State of NCT of Delhi, the bench comprising Justices MR Shah and BV Nagarathna held that the offence of copyright infringement under Section 63 of the Copyright Act is a cognizable and nonbailable offence. Further, referring to Section 63 of the Copyright Act and Part II of the First Schedule of the Cr. P.C, the Court noted:

The Delhi high court recently in a suit filed by Phonographic Performance Limited against Lookpart Exhibitions and Events Private Ltd., an event management company, appointed an expert Dr. Arul George Scaria (associate professor of law and co-director, Centre for Innovation, IP and Competition at National law University, Delhi) to assist in the interpretation of section 52(1)(za) of the Copyright Act, 1957 to the extent of fair use of sound recordings in marriage ceremonies and weddings. As reported: The bench of Justice Pratibha M. Singh said the issue raised would have large scale implications for artists such as lyricists, music composers, singers, sound recording producers and owners and also added that it would also have a significant impact on entities involved in the organisation and management of weddings and other social events.

For a very rare occasion, the The Ministry of Electronics and Information Technology (MeitY) has been asked to share the order based on which it has blocked the website dowrycalculator.com in the country by the Delhi High Court. The order also provided the website’s creator a hearing by the committee constituted under the Information Technology (Procedure and safeguards for blocking of access of information by public) Rules, 2009, wherein possible corrective measures for the website could be suggested.

Recently, the Delhi High Court granted an ex parte ad interim injunction in favor of ‘BURGER KING’ in its trademark infringement suit against the defendants. The Plaintiff alleged that the defendants were misusing its registered trademarks, registering infringing domain names incorporating the trademark ‘BURGER KING,’ and operating fake websites without its permission and authorization. Along with injunction, the Court also ordered the domain names www.burgerkingfranchises.co.in and www.burgerkingfranchises.in to be blocked and disabled.

Online Gaming (Regulation) Bill, 2022 was proposed to set up an Online Gaming Commission for regulating the online gaming industry. It was introduced by Lok Sabha Member of Parliament Dean Kuriakose from the Congress party. The said Commission can deliberate upon limitations such as the amount of time one can play the game every day and the amount of money one can spend on such games, etc. Given that India has around 420 million active online gamers and the industry is slated to grow to $5 billion by 2025, the draft is said to be necessary to prevent fraud and misuse.

INTA recently released its Report during the Association’s 2022 Annual Meeting Live+ on the Taxation of Trademarks and Complementary Rights in Europe, focusing on the tax implications within the trademark life cycle in the European Union, Switzerland, and the United Kingdom. It provides brand legal practitioners with a clear understanding of tax policy as it relates to trademark and complementary rights issues, and a framework to strengthen their collaboration with tax professionals.

A Division Bench of Madras High Court comprising Justices SM Subramaniam and J Sathya Narayana Prasad, in a case filed by V Vignesh Krishna to prevent violation of the Tamil Nadu Cinemas (Regulations) Act, 1955, Tamil Nadu Cinemas Rules, 1957 and the conditions of Form-C Licenses. Plaintiff claimed that special shows were screened between 1.30 am and 9 am against the permitted number of four shows a day, by collecting exorbitant amounts in defiance of rates fixed by the government.

Recently, a Chennai based man S Gopi Krishna approached the Madras High Court and sought an order to the authorities to make it mandatory to show statutory warning lines or words in theatres while screening violent scenes in the movies. paper and the colour water is used as blood’. This statutory warning is to make the young audience feel that what their watching is only fiction,

The Union minister of information and broadcasting recently announced a series of schemes for foreign film shoots and co-productions to take place in India, while inaugurating the India Pavilion at the Cannes Film Market ‘Marche du Film’. The two schemes, Incentive Scheme for Audio-Visual Co-production and Incentive Scheme Shooting of foreign films in India are aimed at unleashing the potential of the Indian media and entertainment industry.

Internet and Mobile Association of India (IAMAI) recently urged the GST Council to continue maintaining the GST on online gaming at 18 per cent. Any increase in the GST rates in this sector will be detrimental to the overall wellbeing of the industry, seriously impacting the industry’s contribution to the nation’s economy through revenue generation, livelihood creation and foreign investments.