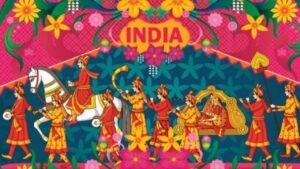 Music is an important part of Indian culture and no weddings in India are complete without music. Understanding this, an exception of fair use of music at marriages and social festivities associated with marriage was expressly carved out under Section 52(1)(za) of the Copyright Act, 1957 vide an amendment to the Copyright Act in 2014, effective from 2015. However, when event management companies are hired to organise the marriage and are earning commercial profits for organising such events that use music including DJs services without obtaining license for such use, does the same qualify under the exception of fair use? This interesting question has been raised in the matter of Phonographic Performance Limited vs. Lookpart Exhibitions and Events Pvt. Ltd. [1] before the Hon’ble High Court of Delhi.

Background of the Parties:

Lookpart Exhibitions and Events Pvt. Ltd. (“Defendant”), the defendant in the present matter, is an event management company that provides event management services, including DJ services for various social events such as weddings.

The Defendant has placed reliance on Section 52(1)(za) of the Copyright Act, 1957 (“Act”) and submitted that the music is played for the purpose of marriage ceremonies and other social events connected with marriages, therefore there is no requirement of obtaining license from PPL. Section 52(1)(za) provides exception of fair use of copyright, thereby stating that communication of sound recordings to public on course of bona fide religious ceremony does not amount to copyright infringement. The explanation of this section further provides that religious ceremony includes a marriage procession and other social festivities associated with a marriage. This section is reiterated hereinbelow for the ease of reference.

Section 52(1)(za): the performance of a literary, dramatic or musical work or the communication to the public of such work or of a sound recording in the course of any bona fide religious ceremony or an official ceremony held by the Central Government or the State Government or any local authority.

Explanation.– For the purpose of this clause, religious ceremony includes a marriage procession and other social festivities associated with a marriage;]”

Considering the large scale impact that this issue will have, the Hon’ble Court has appointed an expert under Rule 31 of the Delhi High Court Intellectual Property Division Rules, 2021. It is essential to note that as per Rule 31, the opinion of the expert shall have only persuasive value and shall not be binding on the Court. The Court has appointed Dr. Arul George Scaria, Associate Professor of Law and Co-Director, Centre for Innovation, IP and Competition, NLU, Delhi as the expert in the present case.

The matter is now listed on 6th July, 2022 for further submissions.

Further, it is essential to note that Section 52(1)(za) does not expressly condition its applicability to be only in cases where there is no commercial gain from the activities qualifying as fair use. It is pertinent to observe that Section 52(1)(k) expressly provides a condition in respect of profit as- (k) the causing of a recording to be heard in public by utilising it,— (ii) as part of the activities of a club or similar organisation which is not established or conducted for profit;] No such express condition is mentioned in Section 52(1)(za), thereby clearly reflecting the legislative intent of fair use of music at weddings irrespective of the element of profit. Therefore, when a wedding is organised and music is played at this wedding and at other functions of the wedding, irrespective of the same being organised by the event management company, the application of exception of fair use remains consistent and such use of music by event management companies would not amount to infringement of copyright.

On the other side, the enactment of this section was dated in the era where ways of exploitation of music such as DJ events in a wedding organised by an event management company were not considered as a regular activity. Therefore, if a DJ is invited to perform at a party which forms part of the wedding, he will not be required to obtain license from PPL for performance of such sound recordings. It is therefore essential to note that the scope and pattern of exploitation of music at weddings has increased.

There are several such factors that are required to be considered from both sides and it will be interesting to observe the expert’s opinion on the issue as well as the arguments that will be presented by both sides before the Hon’ble Court.

DPIIT CALLS FOR ANOTHER STAKEHOLDER MEETING TO DISCUSS THE ISSUE OF...