The Indian advertisements have been iconic in their true sense and have mostly managed to attract their audiences while conveying the relevant message. The credit can be given to their catchy jingles or the celebrities associated with the endorsements. For example, every viewer, regardless of their age, can sing along to the ‘washing powder Nirma’s jingle’ or just directly associate MRF with Virat Kohli. Such tactics have been an age-old formula in advertisement circuits.

However, with changing times, the advertisement market too has broadened its horizons and is now actively working towards drawing up storylines, concerning social issues, in the ad-films to catch the attention of the viewers while selling across the idea associated with their product or service. Such ad-films have proved to be a hit among the audiences and a new trend in the advertising industry. Examples of such ad-films can be drawn from the detergent Ariel’s ‘#ShareTheLoad’ campaign which emphasized the need of gender equality and questioned the facets of social conditioning.

Having said that, it should be considered that not all such advertisements, with a strong social message, have been welcomed by the audiences. In 2021 itself, several brands faced backlash from different strata of society for being offensive. For example, FabIndia’s Diwali themed advertisement, for its range of clothing collection called ‘Jashn-e-Diwali’, was considered as an attempt to ‘deface’ Hindu festival and deemed to be culturally inappropriate.

Another instance was when Dabur India had to withdraw its ad campaign showing a lesbian couple celebrating Karwa Chauth after Madhya Pradesh’s Home Minister, Narottam Mishra, warned them of a serious legal action. In the past, Tanishq faced a similar situation for its ad showcasing a Muslim mother-in-law celebrating a traditional baby shower for her Hindu daughter-in-law. The wrath on Tanishq was so severe that certain showrooms were attacked in the country. Eventually, an official apology was issued by the TATA group along with the retraction of the ad-film.

Such attacks on the brands and their employees as well as the retraction of the advertisements impose a serious question on the creative freedom and liberty available with the citizens of the country. Additionally, it goes against the process of regulation of advertisements.

Right to Freedom of Speech and Expression

Article 19(1)(a) of the Constitution of India guarantees to its citizens the freedom of speech and expression whereas Article 19(2) provides for certain reasonable restrictions that can be imposed upon such freedom to ensure public order, decency, morality among other things.[i]

The flow of a commercial speech must be free without any hindrance or restriction. Even though the advertisements are considered as basic commercial speech, they still have the power to influence consumer behavior and can have an impact on the society.[iv] However, if this power is being exercised in an unreasonable and unethical manner, the concerned parties should be held accountable but as per proper legal methods.

Apart from the freedom granted to the advertisements under the Constitution of India, the Advertising Standard Council of India (“ASCI”) has stipulated a self-regulation code (“the ASCI Code”) for advertising content. The ASCI Code is comprehensive and provides for controlling of the content to ensure that it is not offensive to the public at large.

Chapter II of the code specifies that advertisements should be non-offensive and should comply with acceptable standards of public decency. Further, the ASCI Code also provides for a detailed complaints procedure. The Consumer Complaints Council (“CCC”), established under the ASCI Code, functions as an examining body which considers the complaints as well as the advertiser’s response before assessing whether the advertisement violates the ASCI Code.

The CCC accepts complaints from the general public without any fees or charges. The complaint is registered, examined and accordingly, a decision is reached. Further, intra-industry and suo-moto complaints can also be taken up by the CCC. Apart from ASCI Code, certain other statutes explicitly provide for prohibition of advertisements in violation of the ASCI Code.

Section 19 of the Cable Television Networks (Regulation) Act, 1995 grants power to an ‘authorized officer’ to prohibit any cable operator from transmitting or re-transmitting any programme if it is not in conformity with the ASCI Code.

Further, Section 2(a) of the Act provides for meaning of an authorized officer as within his local limits of jurisdiction – a District Magistrate or, a Sub-divisional Magistrate or, a Commissioner of Police and any other officer notified in the Official Gazette by the Central or the State Government.

Additionally, Section 6 prohibits transmission of any advertisement that does not comply with the ASCI Code. The Cable Television Act is well equipped with necessary provisions to deal with advertisements that violate the norms as established under the ASCI Code. However, seldom the provisions are invoked. If the advertisement is considered offensive, people tend to resort to methods of social media boycott rather than opting for legal regulatory procedure.

Lacuna in Following the Legal Procedure

The law provides for ample provisions to deal with the grievances of the consumers or other parties with regards to any advertisement being transmitted on television or other platforms. However, the citizens are neither aware nor bothered to check the available legal resources before resorting to other unnecessary methods of registering their protest.

The establishment of CCC under the ASCI Code becomes futile when its authority and power are not put to use. The CCC was established to deal with public issues regarding advertisements and assess their grievance while providing an equal opportunity to the brand and the advertiser. When the public opts out of this process, the advertisers are not provided a level playing field to provide their clarifications.

Further, the ASCI Code as well as the Cable Television Network (Regulation) Act provide for process of prohibiting transmission of offending content by the orders of an authorized authority. The Act has specified the authorized authority. However, in vain as any prolific man in power presumes this authority and orders for cancellation and/or withdrawal of advertisements.

Another major reason for this lacuna in following the legal procedure is social media. The faceless trolls as well as other parties slam the brands and advertisements on social media directly, with an attempt to establish their point and impact the brand’s standing and venture. Social media outcry has become an easy way to out to avoid following a proper recourse.

Furthermore, the brands and advertisers have been submissive to the trolls and the threats that have been issued against them. Even a brand as old and reputed as TATA withdrew its Tanishq ad campaign to protect their employees. However, they did not take any legal action against the attacks on their employees and the stores located in different parts of the country.

The Indian audience has always been welcoming to the content that has been provided to it through advertisements. Ironically, also when the content was extremely sexist, homophobic as well as immensely objectionable. Such advertisements have played a key role in establishing the mindset of the people in terms of specifying gender roles in the society.

However, with changing times, the brands and advertisers are taking creative liberty to aware the audience about the new and modern world. It is natural that the audience will take some time to adjust to the new system of advertisements and their portrayals. Regardless, it is essential to ensure that the advertisers are protected from the wrath of the public who do not follow the proper legal recourse available to them.

In order to ensure that the public grievances related to advertisements are dealt with in a systematic and regulated manner, it is essential for the ASCI to usurp more responsibility than it currently has. Apart from CCC, an adjudicatory body should be created to monitor the enforcement of the ASCI Code as well as to formally deal with the public grievances on social media platforms. There is a need for an amendment in the Consumer Protection Act, 2019 to incorporate such grievances of the consumers w.r.t advertisements. 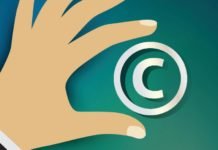 Delhi High Court Upholds the Constitutionality of Rules Relating to Tariff Schemes of Copyright Societies Under the Copyright Rules, 2013