The Bombay High Court’s order dated 20th October 2021 in Tarun Wadhwa v. Saregama India Ltd. & Anr. (COMIP 4366/2021) (hereinafter, the “Order”) delved extensively into the legal principles governing a breach of confidentiality in copyright cases, while also briefly reiterating the settled law on idea-expression dichotomy. Notable observations from said Order, along with potential implications of the same, are put forth below. The Order can be accessed here.

The facts in the instant case are, succinctly, as follows. Mr. Tarun Wadhwa (“Plaintiff”) is an amateur film maker, who conceptualised and finalised a synopsis on a zombie-comedy, or ‘ZomCom’, under the title ‘Haila! Zombie’ (“Plaintiff’s Film”). The Plaintiff shared said synopsis with Saregama (“D1”) on 21st May 2018. Subsequently, D1 sought a fully developed and complete screenplay from the Plaintiff, which the Plaintiff duly shared on 28th August 2018. D1 provided certain revisions / suggestions to the Plaintiff qua this draft screenplay, which the Plaintiff incorporated and accordingly, the Plaintiff shared a second draft with D1 on 14th December 2018. Although D1 reverted with a detailed critique of the second draft on 31st January 2019, it nonetheless disengaged from any further collaboration with the Plaintiff.

The Plaintiff’s cause of action seemingly arose in August 2020, when he found out that D1, on 31st July 2020, had announced the production of its forthcoming film, ‘Zombivli’ (“Impugned Film”). As on the date of the Order, it is pertinent that the Plaintiff had attended a private screening of the Impugned Film, under directions of the Court issued on 17th March 2021.

It is also notable that Mr. Mahesh Iyer (“D2”), i.e., the screenwriter of the Impugned Film, was not an employee of D1 during the course of its correspondence with the Plaintiff. D2 only joined D1 in January 2019, subsequent to D1 having disengaged the Plaintiff. Further, D2 had registered a concept note on his ZomCom as early as June 2018.

On behalf of the Defendants, it was contended that the fundamental idea behind the Plaintiff’s Film and the Impugned Film was quite distinct, as the former was based on a fable (i.e., ‘Boy Who Cried Wolf’) whereas the latter is a film based on a portrayal of class differences. It was also asserted that the Plaintiff’s screenplay is ‘comic’ in its conceptualisation, the Impugned Film has a grim and realistic overlook. Furthermore, it was claimed that other similarities, if any, between the works amount to scenes a faire.

At the outset, the Court observed that the Plaintiff cannot claim monopoly over components of the Plaintiff’s Film which are merely ideas and thus reiterated the settled tenet of copyright law that copyright can be claimed only vis-a-vis the expression of ideas. The Court thus observed:

Moving on to the main issue at hand, the Court delved into the jurisprudence on confidentiality specifically in cases alleging copyright infringement. Relevant extracts in this regard are put forth below:

“32. An obligation of confidence arises when confidential information is shared or communicated or otherwise is to the knowledge of a person in circumstances where he has notice, explicit or implicit, or must be held to have agreed, that the information is indeed confidential. That person would then be restrained from using or disclosing this confidential information without the permission or license, express or implied, of the person who gave or shared it. Where there is a contract — which may be written or oral, express or implied — the obligation stems from the spelt-out terms of the contract. But the obligation exists in equity too, and is rooted in the legal concept of the duty to act in good faith. The respecting of that which is confidential has been said to be a general rule in the public interest.

34. Confidence law is perhaps wider than copyright law. It protects the substance of ideas and information, irrespective of the mode of communication. There is no copyright in an idea, but only in the form of its expression. Copyright is a right in rem, but a confidence obligation is entirely in personam. Copyright has a statutorily defined term. Confidence does not. There is no copyright except as provided by the statute, and infringement is also prescribed by statute. A confidence obligation is one in contract or equity (or both). There are statutory defences to a copyright infringement action. These do not apply to a breach of confidence action. The distinction between copyright and confidence assumes importance where, say, a manuscript has been submitted for publication. An obligation not to use the submitted manuscript may be implied and enforced under confidence law, and may extend to a plot or a developed idea that may not otherwise be protected by copyright.

After expounding upon settled Indian decisions on the aspect of confidentiality, the Court delved extensively into the seminal U.K. decision in Coca v. AN Clark (1968 FSR 415), wherein the spring-board doctrine was elucidated upon along with the law on segregation of party-public and partly-private information for the purposes of ascertaining breach of confidentiality. Key passages in this regard are extracted below:

“42. Essential, therefore, to any case of confidentiality are precision, originality and completeness of disclosure. The precise identification must be in the plaint. The confidential information must be proprietary. It must, in short, be original. This is not the originality of expression that is the subject of copyright law; it may be the originality of idea, and it is used here in contradistinction to whispering in alleged confidence matters that are already known. Those are never subjected to the doctrine. Any confidential information by definition must be outside the public domain. It must also be sufficiently developed to an extent that lends itself to realization. All these elements must co-exist. It is not enough for a plaintiff to say, for instance, that everything is original, or that some things are original and some things are not but not identify them. Therefore: for a cause of action in breach of confidence to succeed there must be precision, there must be originality, and there must be completeness. All the required elements of confidentiality must be shown. It is not enough to show only some of them.

43. The springboard doctrine is really an extension or a result of the breach of confidence principle. It says that a matter communicated — and, I would add, communicable — in circumstances of confidence cannot be used by a defendant as a springboard to bring forth a rival work. Mr Ajatshatru claims that Wadhwa’s kernel or core idea and its basic expression were communicated in confidence. Saregama could not use these without Wadhwa’s permission. This argument has the same difficulties as the general argument on breach of confidence: fundamentally, a lack of precision. There is also the fact that at the time when Iyer began working on his synopsis and treatment, he was not employed with Saregama. It has not been shown to me how there can be said to be any communication in confidence as between Wadhwa and Iyer.”

Finally, the Court noted that precision and exactitude is imperative while alleging a breach of confidentiality, i.e., the Plaintiff must have clearly identified the information relied on, illustrated how said information was handed over in confidence and evince that said information was used or threatened to be used without consent. Failing this, a Plaintiff would not be entitled to an injunction or any equitable relief arising out of a claim for breach of confidentiality, as observed by the Court in the following passage:

“52. Once a plaintiff disclaimed exclusivity in crucial concepts, and also does not show with precision and accuracy the matters outside copyright law for which breach of confidence protection is claimed, I do not see how an injunction can be granted. Both causes of action demand exactitude. It is not possible to grant injunctions on surmises or suppositions. The pleadings must be precise and the facts must be clearly shown.”

The Bombay High Court’s order shed more light on the jurisprudence on the interplay between confidentiality and copyright infringement, while expounding upon the settled expression-idea dichotomy under Indian copyright law as well. Specifically, the Court’s insistence on exactitude and precision in pleadings on breach of confidentiality should serve as sufficient warning for prospective litigants seeking to bring claims of breach of confidentiality, as vague and unsubstantiated allegations on these grounds are unlikely to be entertained by Indian courts while granting injunctions in such matters. 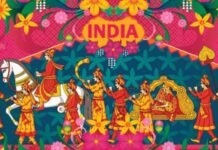 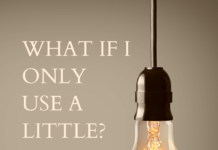