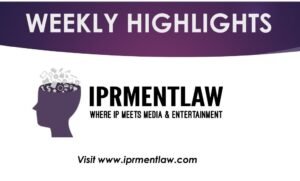 The Union Government is contemplating laws for all conventional and digital media firms in order to guarantee a degree taking part in discipline. The thought is to have an umbrella law that may cover print and digital media, digital media, cinema, over-the-top or OTT platforms comparable to Netflix and Hotstar. The law will cover aspects from the Cable Television Network Act, Cinematograph Act, Press Council Act, and the brand new digital media pointers.

The I&B ministry has already amended the Cable Television Network Act and proposed draft amendments to the Cinematograph Act to guarantee they don’t seem to be at odds with the brand new social media and middleman pointers and digital media code of ethics, which had been notified by the federal government below the Information Technology Act in February to convey hitherto unregulated digital platforms below a three-tier grievance redressal system.

Certain amendments have also been proposed to the Cinematograph Act, 1952, that may allow the introduction of a broader age-related classification, grant the central authorities the power to ask the central board of movie certification (CBFC) to re-examine a movie, and curb piracy within the trade. The proposed amendments to the Act will introduce an age classification system akin to the one specified below the middleman and digital media pointers. They additionally grant the Central Government powers to ask the CBFC to re-examine a movie on the grounds of nationwide safety and menace to public order.

FICCI, CII Members To Be Part Of IT Rules-Mandated Oversight Body For Digital News And OTT Platforms: Report

While, the IT Rules 2021 mention that ‘domain experts’ would be a part of the IDC, it does not specify how the experts will be selected.

The IT Rules require OTT platforms and digital news publishers to submit to a three-tiered grievance mechanism with the government at the top. Since the top body will consist of representatives from various ministries (besides experts), this could enable greater government control over streaming content and news media.

The Delhi High Court has restrained a Kitchenware company from using ‘Amul’ on its products as it is deceptively similar to the trademark of the Gujarat Cooperative Milk Marketing Federation Ltd.

The defendants claimed that they are using the trademark “Amul” in different class of goods and that they should be allowed to do so. The court however, rejecting their claim reiterated that “Amul” is a well-known trademark and word ‘Amul’ is distinctive and has no etymological meaning, and it is indelibly associated in the minds of the consuming public with the products of the plaintiff — Gujarat Cooperative Milk Marketing Federation Ltd.

Further, the mark used by the defendant company is not registered and is being illegally shown as a registered mark, hence, this is a clear case where grant of ad interim relief exists, the high court said and added that such representation also amounts to a fraud on the public.

The suit said the Gujarat Cooperative Milk Marketing Federation Ltd is the registered holder of the well-known trademark ‘Amul’ used in milk and milk products.

The Bombay High Court on August 23, stayed the investigation on Pune Police FIR in which Karad Urban Co-operative Bank (KUCB) claimed to be defamed by the web series “Scam 1992 – The Harshad Mehta Story”

The FIR was registered on the basis of complaint by KUCB.  The allegations made in the impugned FIR pertain to alleged display of the purported logo of KUCB, which appears on a calendar in the background in a particular scene of Episode 3 of the web series “Scam 1992 – The Harshad Mehta Story”. The said web series is produced by Applause Entertainment Pvt. Ltd. and was released on 9th October 2020 on the digital platform “Sony LIV”. During the hearing  before the Hon’ble Bombay High Court, the submissions made on behalf of the Petitioners inter alia included that as per the proviso to sub-section 4 of section 115 of the Trademarks Act,1999 it is mandatory for the investigating officer to obtain the opinion of the Registrar of Trademarks prior to conducting its investigation with regards to offences relating to trademark punishable under sections 103, 104 or 105 of the Trademarks Act,1999. However, no such opinion has been obtained by the investigating officer in the present case. Also, section 115 (4) of the Trade Marks Act, 1999 requires that an officer of the rank of Deputy Superintendent of Police should conduct the investigation, however, the present case investigation is being conducted by a police inspector.
Pursuant to the above submissions, the Hon’ble High Court was pleased to grant ad-interim relief to the Petitioners by way of stay on investigation with respect to the impugned FIR. Read order here.

The Bombay High Court put an end to the Gangubai Kathiawadi controversy after it refused to stay the release of the film. The bench of Justice Nitin Sambre refused to entertain the petitioner’s plea and held that that the right against contents of defamatory nature against a person dies with his death.

The petitioner Babuji Shah, approached the Bombay High Court after facing rejection of his plaint by a City Civil Court where he had sued the makers of the movie Sanjay Leela Bhansali, the actor portraying the role of Gangubai- Alia Bhatt and the author of the novel (The Mafia Queens of Mumbai’) on which the movie, Gangubai Kathiawadi, is based.  He claimed that the contents of the book, ‘are defamatory and constitute infringement on his right to privacy, self-respect and liberty.

He also claimed to be the ‘adopted son’ of Gangubai Kathiawadi. The High Court held that in the law on the principle of Torts that an action dies with the person, in a defamation proceeding the contents of defamatory nature against so called adoptive mother of the Appellant (Shah) dies with her death.

The court also held that the appellant failed to establish his claim of being the son of his adoptive mother. Read Order here.

Clubhouse reaches undisclosed settlement with the owner of a sports-networking site, which sued the audio app for trademark infringement

Alpha Exploration Co., the parent company of the audio-only social media app Clubhouse has reached a settlement with SBS Consulting Group, who had sued Alpha Exploration for infringement of the trademark “The Clubhouse.”

Lawyers representing both companies filed a joint notice in federal court in Arizona saying they had reached a settlement agreement. Under the settlement terms, the parties were unable to discuss details. SBS Consulting also revealed that they had dismissed its complaint against Alpha Exploration.

SBS Consulting in May filed a lawsuit that said Alpha Exploration Co., Clubhouse’s parent company, had infringed on its federal trademark.

SBS Consulting’s website “TheClubhouse” is a networking site for sports business professionals. The company said in its May filing that the buzzy audio app Clubhouse had infringed on that name.

Clubhouse, a company valued at $4 billion, has no registered trademark.

80% Fee Reduction for All Educational Institutions Applying for Patents

Recently, the Mister for Commerce and Industry – Piyush Goyal announced that 80 percent fee reduction will be provided to all recognised educational institutions applying for patents, whether in India or abroad.

This 80 per cent fee reduction will now apply to all recognised educational institutions whether it is the government (owned), government-aided, or private institutions, irrespective of whether any institution is situated in India or anywhere in the world.

All recognised educational institutions, universities, schools, and colleges would now enjoy the benefit of an 80 per cent fee reduction. This will mean that the total fee for filing publication and renewal for an institute will reduce from about Rs 4,24,500 to Rs 85,000, which is a reduction of 80 per cent.

While speaking at a CII webinar on intellectual property, the minister said that this reduced fee will now become the lowest fee among the top Patent Offices worldwide. He further encouraged all universities both in India and abroad to take the benefit of this provision. He asked the Department for Promotion of Industry and Internal Trade (DPIIT) to start the process of approval of this announcement.

On the suggestion of using IPR as collateral for financial institutions and bank finance, the minister said that the matter can be taken up with the finance ministry. He suggested that Industry body- CII can make a presentation to the finance ministry to consider this idea and urged DPIIT and CII to work with the department of banking to take that idea forward.

Piyush Goyal also set a target of spreading awareness about IPR (intellectual property rights) among a million students in the next 52 weeks. He also said the ministry would like to improve India’s ranking in the Global Innovation Index from 48 to among the top 25.

The minister also suggested anonymising patent applications, so that there is a complete transparency in the process. Since, the inception of the Start-up India Policy, the government of India has been specifically stressing upon increasing the value of IPR in India. There have been 14.2 lakh trademark registrations in the past four years between 2016 and 2020, as compared to 11 lakhs during the previous 75 years (1940-2015).