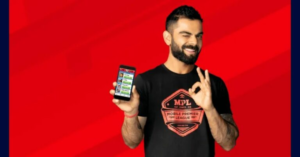 The legality of online gaming in India has been the subject of debate ever since the prominent rise of fantasy sports apps and online gaming platforms, such as Dream11 and Mobile Premier League. The former, in particular, has been challenged before numerous Indian High Courts through public interest litigation (PIL). Although these courts have consistently upheld Dream11 (and more broadly fantasy sports) as a ‘game of skill’, the Supreme Court’s decision to stay an order of the Bombay High Court along these lines (in State of Maharashtra v. Gurdeep Singh Sachar & Ors[i]) has once again cast doubt in the realm of fantasy sports and, to a lesser extent, online gaming.

Now, PILs filed against such gaming applications and platforms have seemingly gone beyond impugning the legality of these applications and instead, attempts have been made to fasten liability on celebrities and renowned athletes endorsing such applications. To wit, notices have been issued by the Madras High Court to cricketers Virat Kohli and Saurav Ganguly, as well as actors Prakash Raj and Tamannah Bhatia, in a PIL filed by advocate Mohammad Razvi.[ii] In his petition (available here), the petitioner has alleged that the impleaded celebrities and athletes have promoted and endorsed, for financial gain, gaming activities that are in the nature of gambling and adversely impact those who participate in such games. The petitioner has cited numerous instances of players of such games committing suicide, as the lure of earning ‘easy money’ leads to addiction which takes a grave economic and psychological toll on many players.

Clearly, the petitioner’s primary contention against endorsers of online gaming applications is premised on their ability to influence people by endorsing or vouching for a particular brand/business, and their motivation behind doing so. In this regard, the petition states that such celebrities are ‘harvesting money from online gambling business’ and that they ‘spread the poison seed through their advertisements’. As is evident from such statements, the petitioner has sought to fasten liability upon these celebrities on the basis of hyperbolic moral and sociological arguments against online gaming and fantasy sports. However, in doing so, the petitioner fails to discuss the applicable law on celebrity endorsements, i.e. the ASCI Guidelines for Celebrities in Advertising[iii] (the Guidelines) and the relevant provisions under the Consumer Protection Act, 2019 (the Act). Both the Guidelines and the Act focus on the veracity of endorsements made by a celebrity, in a bid to ensure that celebrities do not partake in false or misleading advertisements which could deceive consumers. In furtherance of this goal, celebrities are expected to exercise due diligence to verify the veracity of the claims made in advertisements of products or services endorsed by them. In this light, the celebrities impleaded in this PIL would simply have to prove that the endorsements made by them contain no misleading claims and that they exercised due diligence to verify the veracity of their endorsements. Considering that online gaming or fantasy sports have not been definitively deemed illegal or in the nature of gambling by any judicial or regulatory authority in India, the case against the impleaded celebrities seems even more tenuous. Thus, it is unlikely that the issue of notices to the impleaded celebrities by the Madras High Court in this PIL will amount to much. 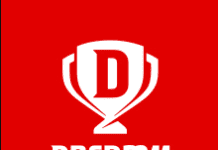