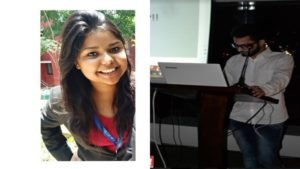 Aditi Gupta and Harsh Kamdar are  fifth-year law students at the Institute of Law, Nirma University with keen interest in the field of Intellectual Property Rights and Media & Entertainment Law.

Can “square packaging” of the chocolates provide exclusive rights to its owner? It was answered in affirmative in the case of Ritter Sports (ruled by Federal Court of Germany). In this case, the court reiterated the concept of ‘Trademark Maximalism” and gave protection to “square” packaging of the brand thereby completely ignoring the functionality doctrine provided under the German Trade Mark Act of 1995.

Since 1996 and 2001, two three-dimensional shape marks have been registered (No. 39869 970) in the name of Ritter Sports as symbols for the goods “chocolate bars”. In two different sizes, the brand owners show the front and the back of a package with a square base as well as two side locking flaps and another locking flap on the back. These packaging are considered to be the neutralised packaging of the “Ritter Sport” and “Ritter Sport Minis” chocolate bars.

This Trademark has been contested by competitor Milka in court for years and invokes the protection provided under section 3 of the German Trademark Act, 1995.

The Federal Court of Germany surprisingly ruled that the square shape of the packaging neither has particular artistic value nor does it lead to significant price differences when compared to other competitors’ products. The shape of the chocolate is merely used as a marketing strategy by the brand owners to pursue customers with the well-known advertising slogan- “Square. Practical. Good.” However, it is not the advertising which is decisive but the shape of “square” which does not add any substantial value to the goods. The Court held that “A square is nothing but a special rectangle”.

The square packaging of the brand indicates two features-

Although these two features can allure customers’ decision to buy the product, but it does not matter because the square packaging in itself does not add any substantial value to the goods. The square packaging is distinctive in nature as the brand owners have been advertising it for years and is widely known. In addition to this, the customers’ association with the goods and origination of quality expectations with the brand acts as cherry to the cake for establishing distinctiveness of the mark.

The court through this judgment granted monopoly right to the brand owners by protecting the square packaging of the goods. In order to provide distinctive category to a mark, the law should not grant right of first refusal to the brand owners on generic shapes, sizes, numbers or basic words like laugh or cheer etc. Every person should own the right over use of generic things in their daily life.

On determining distinctive nature of the mark, the Court should dwell into the mark’s ability to “identify and distinguish” a good or service. If the mark is widely known and has acquired distinctiveness, then the role of the law should be to look into the factors for protection of the impugned mark. In such cases, the proprietor of the mark should be granted protection only when other competitors are unjustly enriched by the owner’s intellectual labour, creativity and investment in protecting the mark. On the contrary, in absence of such case, if the proprietor’s intention it to achieve monopolistic right over the mark and gain competitive edge in the market, the law should restrain itself from granting any such right.

In the above-mentioned case, the square shape of the chocolate is denied aesthetic functionality on the rationale that neither it adds any essential value to the product nor it makes the product commercially desirable. The Court’s reasoning pertaining to distinctiveness of mark is not because of its shape and consumers’ association but because the consumers’ have associated the “square” shape with the brand itself. This reasoning is flawed in true sense. In this case, no question of confusion arises on the basis of distinctiveness of the mark because even if the competitors have been allowed to use the “square” shape for selling their brand’s chocolates, the consumers can still differentiate between the brands on the basis of quality of the brand itself. Apparently, the law also provides the remedy of passing off. So even if other competitors try to pass off their products as those of Ritter, it has the common law remedy of passing off.

Therefore, by granting trademark protection to the Ritter, the Court prohibited competitors from selling chocolates in “square packaging” thereby allowing Ritter to gain monopoly position in the market. The ruling of this case means that the incumbent bar can remain the only top-brand square chocolate bar on the shelves in the German shops.

As per Section 3 of the German Trademark Act, 1995 and Section 9(3) of the Indian Trade Marks Act, 1999, Shape marks are precluded from protection if the shape is-

Both the Statutes precludes protection of shape mark on similar grounds. However, the Federal Court of Germany neglected these grounds in totality. It held that the consumers’ associate themselves with the product, not because the shape adds any ‘substantial’ value but because of the shape’s association with the brand itself. Thereby, the court refused to consider the violation of Section 3(2)(3) of the impugned act.

Apparently, the company’s legend underlying intention was- “Let’s make a chocolate bar that fits in everyone’s jacket pocket without breaking and weighs the same as a normal long bar,” This intention in itself prohibits registration on the grounds of obtaining technical result which was totally ignored by the Honourable Court.

The rationale behind the functionality doctrine is that product markets would not be truly competitive if newcomers could not make a product with a feature that consumers demand. This is because the protection of designs and functionalities for a limited time lies within the ambit of patent and not trademark law (which affords perpetual protection). The doctrine intends to prevent trademark owners from impeding legitimate competition in the market.

Thus, by denying the aesthetic functionality of the product and granting protection only on the basis of square nature of the chocolate, the Federal Court of Germany ruled against the Functionality doctrine.

The goal of the IP law is to incentivise people in order to promote innovation in the market. It increases social welfare by solving market failures caused by free riding on innovation. On the contrary, the Competition law aims to protect competition as well as competitors and increase consumer welfare along with economic efficiency.

The rationale behind allowing trademark monopolies is to reduce consumers’ search costs and competitors’ transaction costs. Monopolistic right impedes consumers’ freedom of choice in the market, thereby, incentivizing brand owners to maintain high quality for their goods and services.

By granting monopolistic right to the Ritter Sport, free competition in the market is limited. Imposing restrictions on his competitor, Milka and other manufacturers from selling chocolate bars of square shape thereby restricts the consumers’ freedom of choice in the market. However, as per the Trade Mark law, the competitors’ (herein as defendants) should be allowed to use the “square shape” as neither the shape creates confusion nor does it increase search costs of consumers.

The concept of “Trademark Maximalism” increases monopoly in the market and thereby results into abuse of dominant position. It harnesses the intention to innovate, restricting free competition and the choice available to consumers thereby impeding economic efficiency. For example- Recently, Apple filed a suit against Prepear app stating that the pear logo is too close to their apple logo and supposedly hurts their brand’s goodwill and reputation. Now if such action is granted protection, then it would act as an exit barrier and “a big blow” for all such small businesses.

Moreover, the protection of apple’s logo is of no use because it is already distinctive & well-known. The pear-shaped mark would not even remotely cause confusion into the minds of consumers. Thus, the underlying intention behind Apple’s action is to gain monopolistic advantage over other competitors. If such protection to apple’s logo is granted, then it would hamper innovation & economic growth hence, violating the foundations of IP law.

In the Ritter’s Case, since the idea of having “square shaped” chocolate occurred to brand owners of Ritter first thereby granting them exclusive rights is in clear violation of principles of IP law. Under IP law, “ideas” cannot be protected, only the “expression” of those ideas can be protected. Similarly, depriving competitors from packaging their chocolates in “square shape” and restricting consumers freedom of choice in free market contravenes the pillars of Competition law.