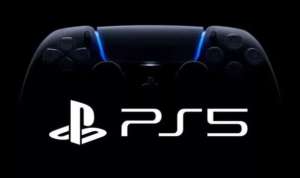 This article has been co-authored by me and Shayak Mitra, who is going to be a practising lawyer in Calcutta HC.

As most video-game aficionados would know, Sony’s much-awaited next-generation console – the PlayStation 5 (“PS5”) – is set to release in mid-November 2020 in numerous countries. However, India is not a part of that list of countries, as Sony is yet to confirm an official release date for the PS5 in India. Many have speculated that the reason for the delayed release is Sony’s inability so far to register the PS5 trademark in India, as it is currently embroiled in a trademark registration dispute with Hitesh Ashwani, an individual from Delhi who applied for registration of the PS5 mark (“the Mark”) on 29 October 2019.

While the chances of Ashwani succeeding in his attempted registration of the Mark are slim to none (as we will showcase through our analysis below), these events are surely a source of major frustration for Sony, as it must adjust its release timeline for the PS5 in India accordingly while also incurring unnecessary legal costs in fighting off Ashwani’s baseless claims to the Mark. In this manner, this incident has brought the issue of trademark squatting back into the limelight, which is a problem routinely faced by large multi-national corporations in India.

In this article, we will undertake a detailed analysis of the relevant correspondences and notices involved in the Sony-Ashwani trademark dispute. Moreover, we will briefly discuss the issue of trademark squatting in India, and the reasons behind its prevalence. In doing so, we will stress upon the need for courts and the IPAB to take substantive action against squatters, such as consistently imposing exemplary damages, and thereby deterring and decreasing future instances of trademark squatting.

Both parties, as aforementioned, had made their own trademark applications at varying times. Sony Interactive Entertainment had, however, filed the objection to Ashwani’s Trademark Application No. 4332863 on 16 April 2020. In its opposition, Sony started off by maintaining that the “Playstation and PS series of marks” have been in extensive and continuous use in connection to their established business, i.e. manufacturing and selling video game consoles. The opposition goes into the details of each of the generations of consoles made by Sony, starting with the Playstation, in 1994, as well as showing the trademark applications held by the company, for each of the consoles, with each of their eighteen prior applications either being registered, or having been granted protection (which denotes that an international trademark application has been granted).

Further, trademark applications dated 3 October 2019 from Jamaica for the PS5 are attached to the opposition, in a bid to prove that Sony did in fact make applications (though not in India) for the Mark before Ashwani’s application. Moreover, Sony has asserted that the “Playstation and PS series of marks” are acknowledged and recognised all across the world, including in India, where Sony’s gaming consoles are extensively sold and distributed through verifiable trade channels, such as their own online and offline stores, as well as third party distributors online (such as amazon.in and flipkart.com), and offline. Sony goes on to mention that the “Playstation and PS series” have garnered a significant amount of goodwill and reputation from its years in the market, both domestically and internationally, having won the Technology & Engineering Emmy Award for Outstanding Achievement in Video Gaming Technology and Applications in 2006 and 2013.

Thus, Sony goes on to maintain that due to these reasons, the “Playstation and PS series of marks” should receive protection as well-known trademarks, under Section 2(1)(zg) of the Trade Marks Act, 1999. Based on this assertion, Sony claims that Ashwani used the Mark with a dishonest and fraudulent intention, having copied the specifications from the earlier generation of the product, the PS4, which has a trademark under Application No. 2481440 in Class 28. Ashwani’s use of the Mark could be considered as identical and deceptively similar to Sony’s “Playstation and PS series” and has the power to deceive members of the public, thereby causing irreparable damage to the reputation of Sony Interactive Entertainment. Sony submits that since the application is on a “proposed to be used” basis, a rejection of the same will not be as harmful for Ashwani as successful registration will be for the company and the “Playstation and PS series”, and hence pleads for a rejection of the Mark.

Similarly, Ashwani has claimed, in the counterstatement, that Sony Interactive Entertainment’s two applications for the Mark, bearing Application No.’s 4431871 and 4574761 have also been made on a “proposed to be used” basis, and that no similar mark had been used prior to this application. He goes on to state that he is the creator of the Mark and that the opposition by Sony is mala fide and has been made with a view to delay the registration of his application and to harass him, seeing as no reason for objection had been found by the Trademark Registry prior to the advertisement in Trade Mark Journal 1937-0 published on 20 January, 2020.

In our view, the adjudicating authority will have to refer to the settled jurisprudence on transnational reputation of well-known marks, specifically laid down in Societe Anonyme Des Eaux Minerales D’Evian v. Evian (India),[i] Revlon Inc. And Ors. v. Sarita Manufacturing Co.,[ii] and N.R. Dongre v. Whirlpool Corporation.[iii] This should inevitably lead to the finding that Sony Interactive Entertainment has a certain sense of goodwill and reputation across the world, which would also apply to its market in India. Further, in Whirlpool, it was held that a product and its trade name transcend the physical boundaries of geographic regions, and that knowledge of the product of a foreign brand and its trade marks can exist even if the brand is not being sold at that particular time. A look at the judgment in Toyota Jidosha Kabushiki Kaisha v. M/S Prius Auto Industries Ltd. & Ors[iv] would only substantiate such a finding. The court thereunder held that cross-border reputation could apply only in cases where the brand claiming the same had customers in the jurisdiction, even before the infringer’s activity had been established. Sony has put forth abundant evidence showcasing its usage of the PlayStation series of trademarks in India and should easily satisfy this requirement. However, this is premised on the assumption that the adjudicating authority will discern Sony’s application to have been under the “Playstation and PS series” of marks, and not as an individual product, seeing as it is already known to be the generational successor of the previous release by Sony.

In light of the above, it is fair to assert that there is no basis for the application by Ashwani to register the Mark, and the Registry should eventually register the Mark in favour of Sony Interactive Entertainment, given the well-established jurisprudence on this matter.

While the final outcome of this dispute is not subject to much debate, this incident has once again brought the issue of trademark squatting in the public eye. In its most fundamental sense, trademark squatting refers to instances where one party intentionally registers/applies for registration of another party’s registered mark in a country where the second party does not currently hold a registration. Essentially, the applicant/registrant acts in bad faith and attempts to utilize the established goodwill of the mark. In most cases, the squatter does not use the mark in relation to any legitimate business activities; rather, the squatter simply sits on his/her registration and uses it to enforce his/her statutory rights against the true owner for trademark infringement or to even sell the mark back to the legitimate owner.

Trademark squatting is usually prevalent in jurisdictions following a ‘first-to-file’ system, whereby the first applicant to a mark is given priority in its registration. This opens a window of opportunity for squatters, as they can capitalize upon the slightest of delays in registration by a legitimate proprietor of a mark. Such a system is followed in India as well. This is in stark contrast to jurisdictions where a ‘use-based’ trademark system is followed, such as the U.S., as squatters are unable to showcase requisite usage of a mark in order to obtain registration.

Of course, trademark law does not operate in extreme binaries, and even in India, considerable weightage has been accorded to prior use in disputes involving attempted trademark squatting. The evolution of the law on cross-border reputation and well-known marks (discussed above) has played a major role in reducing the efficacy of trademark squatting as well. However, there is still a glaring lack of jurisprudence in India dealing expressly with the issue of trademark squatting.

What’s more concerning is that there are very few judgments involving the imposition of exemplary damages on persons who apply for registration of a mark in bad faith and with the intent of squatting. The Delhi High Court’s ruling in Forme Communications v. Dilip Kumar Agarwal sticks out as an anomaly in this regard, as the court therein took note of the defendant’s blatant trademark squatting and imposed exemplary damages to the tune of Rs. 5 lacs.[v] In doing so, the court correctly recognized that in the absence of substantial monetary repercussions, squatters will remain undeterred. Though the approach in Forme has not been consistently followed by courts so far, high-profile squatting incidents of this sort could perhaps shift the tide towards stringent judicial action against squatters.

Trademark squatting, in a jurisdiction such as India which follows the ‘first-to-file’ system, has the potential to become a quickfire scheme to fraudulently earn a hefty pay out, as has been seen in China, with Apple Inc. having to pay $60 million to take the rights of usage from Proview Technology (Shenzhen) to their flagship device, the iPad.

And although the efficacy of squatting in India has been somewhat curtailed with the aforementioned cases on well-known and cross-border marks, it does not do much to protect smaller companies which may still be harmed as a result of such squatters. Hence, the presence of strict regulations or stringent consequences imposed by adjudicating authorities becomes all the more important in such a place, so as to ensure an equal protection of all owners of marks, whether ‘in use’, or ‘proposed to be used’. 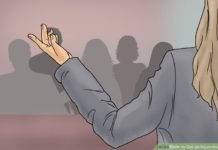 SNAPDEAL’S SPIEL OF DYNAMIC INJUNCTION: A CONFUSION OR CONCLUSION?