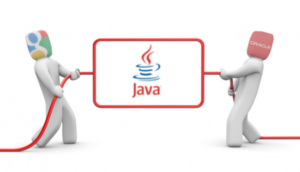 TAKEAWAYS ABOUT SOFTWARE COPYRIGHTABILITY FROM WHAT TRANSPIRED AT THE U.S. SUPREME COURT

PART 2: Analysis of the Google v. Oracle oral arguments at the US Supreme Court.

Turn back to 1980, it is a new day, in the United States. The Silicon Valley is still at a nascent stage, as far as the development of computer technology and software are concerned, and as the basic American utilitarian idea of IP as incentives go, certain corporations who are intending to get into the software industry (which is predicted to boom), are lobbying for some form of an intellectual property protection for software, of course to allow for exclusivities, in the name of incentives to innovate.

The congress, on one fine day in 1980, amended the American Copyright law to include within its domain the “copyrightability” of Computer Software, assuming the correctness of the recommendations provided by the National Commission for technological uses of Copyrighted Works (hereinafter, “CONTU”).  Many were skeptical around this decision, although there might have been initial rejoice amongst the developers. The reason for this skepticism being that the copyright doctrine has always maintained a distance from copyrighting materials which are “functional” in the sense of being “useful articles”, or rather something which is used to render a non-aesthetic purpose – something which is “used”, rather than “published” – a very simple example being an invention. That is the domain of patent – because the one seeking a monopoly has to prove a rather higher threshold of novelty to claim that exclusivity over utility. In line of this rationale, many scholars posed questions on the viability of copyrighting software in the sense of it hampering the logic of the copyright doctrine, overtly expanding its scope and allowing copyright to provide a patent like protection, for stuff which is not inherently patentable. However, these concerns were mostly ignored due to the existence of a caveat in section 102 of the Copyright Act stating explicitly that “methods of operation are not copyrightable”. Kind of an oxymoron isn’t it? – copyrighting software but saying in the very next clause that methods of operation are not copyrightable?

What is copyrighted in a computer software exactly? – It is the set of codes which are written in a programming language, along with the structure, sequence and organization of those codes, i.e. in the way they are written/presented. The copyright is generally sought on the way the program is written, by the developer. The reason which is often cited by the Congress for awarding such a protection to the programmers is to keep them incentivized to write more expressively new codes. But wait a minute, aren’t codes written to achieve a particular function? Yes, there might be different ways of writing a code to achieve the same function, but ultimately aren’t all ways of expressing those codes – expressions, intended to achieve the performance of a function. So, the question which disturbs me here is that aren’t codes inherently methods of operation, and the way they are written/ formulated – dictated by the end goal of achieving a function? Aren’t computer programs inherently and intrinsically functional? What about section 9(2) of the TRIPS agreement? A simple analogy (in my opinion), to explain this idea vaguely around conceptual separability, could be drawn with the Bikram Yoga decision wherein, although the choreographic sequences or the yoga movements, which were performed, were aesthetically pleasing and involved an aesthetic choice and an element of originality in the mode of performance and formulation, they were held to not be copyrightable due to the end goal of such a choreography not being limited to showcasing those steps, but rather achieving an end result of fitness – health related function. Similarly, although computers programs could be codes which might seem extremely expressively original, however they are yet there ultimately as a means to an end, rather than an end themselves. Right? They are utilitarian goods rather than being solely aesthetic goods. Further, due to the formulation of the code being dictated solely by functional considerations, as how a stretch in a yoga sequence or a posture is dictated by the functional consideration of fitness or health, I have no idea how a copyright could ever be conferred upon the same.

Putting this policy question away for now, and assuming the conceptual correctness in the existence of software copyrights, I shall get into the contours of copyright that could be awarded to a software, now that that’s what the status quo limits us to.

Copyright exists to foster a more creative and expressive world. It is existent as an interference into free market policies (when looked at from a purely economic lens), to be an engine of more expression. A computer software on the other hand is a mechanism that is basically intended to give out a result, a result which is useful either for a developer, or a user. It is not intended to please any of our senses of taste, vision, hearing, smell, touch, pleasure, emotion, which are aesthetic sense, but rather exists to serve a utility-oriented purpose. To that extent, it is different from literary, dramatic, musical, cinematographic, sound recording, choreographic, pictorial, visual works  , which are generally given copyright.

Therefore, the rhetorical questions here are – would it be proper to give an equal exclusionary right on utility-oriented products, as compared to others which are built on the context of users experiencing and aesthetically or informatively benefitting from?

To that extent, would it be sane to give a copyright, in terms of its traditional accepted principles, over anything apart from a publication (as against use) of the same codes or the similar combination of codes (in terms of its SSO), and someone else claiming it as their own?

Can copyright ever be extended to curb use of those codes, or use of that particular expression by someone else, to achieve a purpose and render further innovation? Isn’t the purpose of IP to foster innovation? A thought to ponder upon.

Intuitively, it would seem very attractive for a, rights based individual, when being convinced for entitlements, to be hearing that “okay – you have created the code – you got to get an exclusive right to use and market and profit out of the same.” But, let’s go a little deeper – why have you made a code? – not for people to experience it, like aesthetic goods, but rather for it to be used to produce a particular function. What does an exclusivity over the code do? – It curbs the ability of others to use the code to further innovate something useful for the society, in terms of efficiency-based goods and not aesthetically useful goods. Can copyright do that? Isn’t the standard of patentability higher than a seemingly lower standard of copyright, for the exact same purpose of curbing the ability of developers to monopolize standards and useful generic products, which are essentially required for innovation? So, in my understanding, aren’t software copyright promoters’ sort of claiming a patent like right over a software – using copyright – just due to the nature of it being literary or code oriented?

To the highest extent, the only protection which copyright could provide to a computer program would be from someone else actually writing the code on a document and publishing it in a book claiming it to be theirs, instead of the originators. It cannot give a protection over someone else using the exact same code to achieve a function.

In this background, now, I shall be examining the decade long controversial case of Google v. Oracle, the oral arguments of which transpired in the American Supreme Court, as recently as on 7th October 2020.

BETAAL-YET ANOTHER CASE OF A BASELESS PLAGIARISM CLAIM? – READ ORDER