About the Author: Supriya Singh is a final year student at Institute of Law, Nirma University. She has keen interest in the areas of Commercial Laws, Intellectual Property Laws & Taxation Laws.

There exists no definition of franchise under the Indian law. However, it may be defined as granting of license by the owner of trademark to sell or manufacture goods or provide services under the trade name[i]. The franchisor as per the licensed agreement provides the technical know-how to the franchisee under its trademark in exchange of a monetary amount. In India, the franchising business expands to various sectors such as apparels, food & beverages, education, health, beauty etc.

Unlike the EU, there exists no specific legislation in the Indian jurisdiction to govern Franchise Arrangements. Additionally, there are no mandates to register a franchise or requirement of pre-contractual disclosure documents. However, along with the common law principles there are several statutes which regulate the franchising in India such as the Contract Act, Specific Relief Act, The Income Tax Act, Trademark Act, Design Act, the Competition Act to name a few.

The most important aspect of a franchising agreement is the licensing of the Intellectual Property Rights such as trademarks, tradenames, goodwill, exclusive manufacturing or selling rights. Thus, to protect these IPRs, the franchise agreements often contain provisions which allows the usage of several trademarks by the franchisee where competing with only other franchisees is allowed & not within the franchise.

The Trademark Act provides for the protection of franchise by means of registration of trademark[iv] in India due to its territorial nature. It also provides remedies for infringement by third parties such as injunction, damages, lost profits or destruction of the infringing products under the labels & trademark.

The know-how, confidential information, design & copyright of the franchisor are also protected under the relevant set of laws existing in India under the Design Act, 2000 & Copyright Act, 1957 respectively. The franchisor for more effective protection may opt for adequate clauses in the franchise agreement which provides for express obligations on the franchisee in relation to the technical know-how & trademarks.

The Competition Act has been enacted with the aim to promote free trade & to end protectionism where it prohibits anti-competitive agreements[v] and abuse of dominant position[vi]. Franchise Agreements can be covered under the vertical agreements. The Competition Act, 2002 per se does not provide for franchise agreements but can be covered under the vertical agreements which prohibit vertical restraints such as tie-in arrangements, exclusive supply and distribution agreements, and resale price maintenance that are likely to cause Adverse Appreciable Effect on Competition (AAEC) under Section 3(4) of the Act.

The franchisors who are also the manufacturers in the garb of vertical restraints often foreclose the market for entry of potential rivals by raising the cost of distribution. Due to this, competition reduces substantially at both levels i.e intra-brand (due to resale price mechanism, competition between distributors are eliminated) & inter-brand (prices of products rise due to selective distribution by manufacturer and the same is also adopted by the rivals in the market).

The Competition Act defines Resale Price Maintenance (RPM) as an arrangement where the manufacturer dictates the resale price i.e. the retail transaction price[vii]. In certain circumstances the franchisor demands that his goods cannot be sold below a particular price by the franchisee[viii]. This impedes competition in the market. The CCI expanded the ambit of RPM to include instances where manufacturer determines the distribution margin, rebates, discounts etc. or where uses threats, penalties or delayed deliveries for fixing prices charged by the retailers[ix].

Despite several laws which govern the franchising agreements in India, there are no strict & consolidated parameters under one particular law or statute for its regulation. Due to the loopholes arising out of overlap or incongruence between the different laws, the franchise business at present is less efficient & more prone to legal disputes.

Thus, to attract more franchise from abroad as well as within India, the laws should be more effective & efficient. Further, laws governing conflict between the parties, resolution mechanisms and better implementation mechanisms while entering into the franchise agreement should be brought into the legal system so as to equally protect the rights of the franchisor & franchisee along with the customers. Also, registration & disclosure requirements should be made mandatory under law so that the rights can be better protected of both the parties against each other and also against third parties. 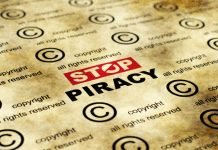 GUEST POST: IMAGE RIGHTS OF FOOTBALL PLAYERS AND ITS INTERPLAY WITH...