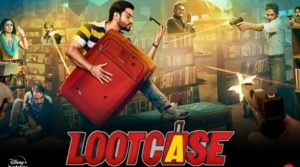 In the recent decision related to a copyright infringement claim against the makers of the film “Lootcase”, the Delhi HC has re-iterated some essential principles around the protection of plots and themes in a film. (Vinay Vats v. Fox Star Studios). The Delhi HC, in contrast to the recent decision by the Bombay HC in the Singardaan case (covered here on the blog, and a very interesting critical piece on Spicy IP here) has ruled that plots and themes are NOT copyrightable , and rightly so. The court in Singardaan, wrongfully (I presume on the rationale lines of a detailed idea being protectable), went on to rule that a theme, in the sense of being the central idea, the story line (story not referring to a sequential series of events, as it is supposed to but the broad trajectory of events) as well as the character development, is protectable. The court also held the “life and blood” of a work, to be protectable, while distinguishing and filtering out the abstract idea and the expression in context. It was ruled that if the life and blood is appropriated irrespective of whether the plots are sequentially the same and convey imitative expression or not, it shall be an infringement. Such an overprotective approach, fostering copyright maximalism has been rightly ignored (although I wish I could say remedied, but given the hierarchical system which prevails…) by the Delhi HC, which has unequivocally held these elements to not be copyrightable, following the precedent rendered by the SC in the case of RG Anand v. Deluxe Films.

Facts and the Ruling

In Vinay Vats, the plaintiff claimed to be the scriptwriter and the owner of a script for the film “Tukka Fittl”, which was yet to be released. The plaintiff claimed to be shocked to experience the similarities in the film Lootcase (merely on watching the trailer). The plot which the plaintiff claimed copyright over revolved around a suitcase, carrying money, getting lost and various persons including gangsters trying to get a hold of it. (wasn’t Dhamaal something similar(?)). The court (quite obviously and rightly so), recognized that certain plot points being similar, without sequential and detailed similarity cannot be a ground to hold a ruling on infringement. As against this, the Singardaan decision  had ruled that plot points like a prostitute’s dressing table being taken away, the consequent users showing traits of the prostitute upon using them and this being in the backdrop of riots, were held to be detailed enough, without realizing the sequential differences and essential dissimilarities like one story being focused around love, and one being focused around theft.

The court in Vinay Vats, clarified the intention of the court in RG Anand, where the Supreme Court had held that themes, plots, subject matter (life and blood) and stock characters – do not have a claim to copyright and cannot be a ground to claim infringement. The court had reiterated the internationally accepted scenes a faire doctrine / or as broadly known as the merger doctrine, as concerned with the Idea Expression dichotomy in copyright law. The doctrine states that an idea, which gets merged into an expression and cannot be pluralistically portrayed, as in can only be expressed in a limited number of ways, is not copyrightable. Further, the fact that the earlier script of the plaintiff was never in the public domain questions any sort of a chance of copying, or imitation or substantial similarity, due to a complete lack of access to the plaintiff’s work. By virtue of this analysis, the court refused injunction and prima facie finding of copyright infringement and stated that such themes and plot points could not be said to be in the “exclusive province” of the plaintiff. [Sidenote: To me, it seems that the Bombay HC in Singardaan, while pronouncing the “flesh and blood” rationale got confused with the essential part or prominent part doctrine in trademark law (which is a law dealing with brands and competitive goods).]

Another interesting aspect of this case is the delay involved and the ruling to that effect. The court realized the motive of filing the application one day before the release being to stall the same and held there to be a “misuse of the judicial process”. Relying upon the Bombay HC precedent of Dashrath D Rathod v. Fox Star Studios, where the court held that a last moment filing is “clearly an attempt to pressurize the defendants into making a statement or to pressurize the court to pass a hurried pro-tem order without an assessment on merits which gives an unfair advantage, and the plaintiff who waits till the last moment must face the consequences of such a delay.” Upon this, the court held that the balance of convenience was with the defendants, an irretrievable injury was not present and hence there was no case of an interim injunction.

On the point of delay there are three other important precedents which have expended a similar rationale. In Narendra Mohan Singh v. Ketan Mehta, the Bombay HC, in lieu of constant promotions, 500 prints of the film already being out, advance bookings having opened, a lot of advertisement expenses having incurred, and yet a last-minute petition before the court, had held that there was no question about the balance of convenience being with the plaintiffs, while denying the injunction. Similarly, in The Bombay Film Company v, Jyoti Kapoor, the DB of the Bombay HC recognized that the delay in approaching the court, “in spite of ample opportunity in the past” was essential towards the finding on balance of convenience, while deciding an application for the grant of an interim injunction on release. Finally, in the case of Sai Paranjape v. PLA Entertainment, the Bombay HC held that with wide publicity being given to the film, it was obvious that the plaintiff had a prior knowledge of the movie, and hence should have approached the court earlier.

Herein, I would like to bring two points into perspective on the factual examination which the court should conduct while deciding upon delay – (i) whether the plaintiff did have an “actual” access to a legal recourse earlier, given the case being against a powerful media conglomerate and whether such an earlier action could have jeopardized the plaintiff’s interests – the question of realistic access. (ii) whether the promotions conducted, although advertised and being done for long, were actually accessible to the plaintiff? More than imposing a finding upon these questions, the courts must rule out a negative answer to each of these before reaching a finding on delay.

Part 2 shall be discussing my take on this issue, including an in-depth theoretical analysis around copyright maximalism, over-protection and the idea-expression dichotomy in relation to plots and themes.