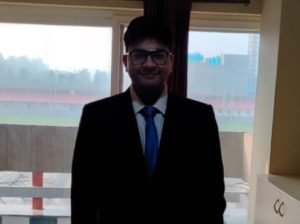 Dramatic performance is a form of speech and expression [The State v Baboo Lal and ors (1956)]. Filmmaking shall hence be naturally protected under Article 19(1)(a) of the Indian Constitution. However, there has been a blatant violation of this fundamental right; as filmmakers are being compelled to make changes in their movies, thus curbing their artistic expression. Section 4(i)(iii) of The Cinematograph Act [1952] gives the Central Board of Film Certification (CBFC) the power to make this compulsion, which was brought into force by The Cinematograph (Certification) Rules [1983]. The CBFC’s power is unreasonable by the very reason of censoring of movies, and they have time and again misused the same by not adhering to the interpretation of reasonable under Section 5B of The Cinematograph Act [1952]. Moreover, the power is not reasonable as per the understanding of Article 19(2) of the Indian Constitution, thus making the section unconstitutional.

Censorship for movies was justified by stating that films are a combination of sound, movement, and light; creating a comparatively powerful impact on the audience [K.A. Abbas vs Union of India (1971)]. This audio-visual medium is also said to have a greater impact on the impressionable minds of the children [Legal Desire]. Hence, providing ratings (U, U/A, A, S) to movies and judging the age limit suitable for their public exhibition is reasonable. However, directing changes to a film is an unreasonable power. This opinion was supported by the report of the Shyam Benegal committee [2016], which recommended that the only duty of CBFC should be to provide basic certification of movies, and they should not have the capacity to judge the moral compass of a film. Not only do the filmmakers have a right to express themselves, but the audience too has the right to receive the said speech [Gupta, 2015]. This is being violated, as the audience never gets a chance to witness the actual artistic work before the modification.

‘Reasonable’ under Section 5B of the Cinematograph Act

Section 5B of the Cinematograph Act [1952] is a verbatim adoption of the reasonable restrictions mentioned in Article 19(2) of the Indian Constitution. These restrictions are guidelines for the CBFC to direct modifications in movies. The term reasonable in Section 5B of the Cinematograph Act [1952] has to be interpreted by the “standards of reasonable, strong-minded, firm and courageous men” [Ramesh v Union of India (1988)], and not of men of “weak and vacillating mind” [ibid]. The interpretation shall not be of a hypersensitive man, who sees danger in every remote scenario [S. Rangarajan Etc vs P. Jagjivan Ram (1989)]. Still, the CBFC has time and again misinterpreted the meaning of reasonable, and directed unreasonable modifications in movies which can be seen as harassment of the petitioners [Anand Patwardhan v. Cent. Bd. of Film Certification (2003)]. This leaves the filmmakers at the mercy of the courts, that have indeed upheld the importance of Freedom of Speech and Expression. But what this process creates is something that is referred to as the ‘Chilling out’ effect [Shreya Singhal vs Union of India (2015)].

‘Chilling out’ effect and the manner of expression

When a provision is so vague and open to abuse, it restricts the legitimate use of a right, as people wish to avoid getting into trouble [Shreya Singhal vs Union of India (2015)]. Article 19(1)(a) of the Indian Constitution not only protects the right to express something, but also the way of its expression [Union of India v Naveen Jindal and Another (2004)]. Multiple ways of shooting a film can incite different emotions on the viewer. When a regulatory body is given a say into the content and style of a film, even if the courts time and again protect the fundamental right; it creates a form of fear in the hearts of filmmakers, and compels them to compromise on how their films incite emotions.

‘Reasonable’ under Article 19(2) of the Indian Constitution.

In light of these circumstances, we must check if Section 4(i)(iii) of the Cinematograph Act [1952] even meets the criteria of reasonable as per Article 19(2) Indian Constitution. Section 4(i)(iii) states that, “[direct the applicant to carry out such excisions or modifications in the film as it thinks necessary before sanctioning the film for public exhibition under any of the foregoing clauses”. The section declares ‘as it thinks necessary’, which is too vague and open to abuse. In the case of Romesh Thappar vs The State of Madras [1950], the courts had derived the ‘Directly Solely Against the ground’ test, as per which restrictions imposed against one specific ground of Article 19(2) was only permissible. Section 4(i)(iii) gives autonomous power to the CBFC by allowing it to direct excisions, as it thinks necessary, which is in itself vague. In the case The Superintendent, Central vs Ram Manohar Lohia [1960], the courts held that the connection between the grounds of restriction and the order imposed shall be proximate and intimate. This section however violates this requirement, as it authorizes autonomous decision making to the CBFC. Also, in Shreya Singhal vs Union of India [2015], it was held that the restrictions imposed shall not be over-inclusive, and shall be ‘narrowly tailored’. The judgement also talks about the difference between advocacy, discussion, and incitement; which is completely ignored in various decisions by the CBFC.

Films were decided to be certified as they created a powerful impact on the viewers. However, not allowing a viewer to expose himself to that powerful impact is in itself a violation of Article 19(1)(a) of the Indian Constitution. The CBFC should only be given the power to provide basic certification to films, and should not be allowed to direct changes in a movie. There are no directions issued to the CBFC under Section 4(i)(iii) of the Cinematograph Act [1952], allowing them to make autonomous decisions. This is in violation of interpretation of reasonable as per Article 19(2). Moreover, the only guideline prescribed under Section 5B of the Cinematograph Act [1952] is also not being adhered to, as the courts have time and again overruled various decisions of the CBFC. A filmmaker has a Right to Freedom of Speech and Expression under the Indian Constitution, and Section 4(i)(iii) of the Cinematograph Act [1952] must be struck down to maintain the same. If the same is not done, the ‘chilling out’ effect would create a monotonous exhibition of movies, leading to a downfall of the biggest film industry in the world.