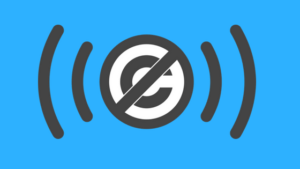 Whether the publication of bare Acts, an exact text of a particular law, by private parties amounts to an infringement of the government’s copyright? is the question in which the Supreme Court has sought response from Central government in an appeal filed against the Delhi High Court Order in Arpit Bhargava vs Union Of India And Anr. The petitioner has urged to ensure publication and availability of accurate, authentic, and reasonably priced hard copies of central Acts, rules, notifications, regulations, etc. In November 2019, the Delhi High Court had held that when there is any violation of the Copyright Act, 1957, especially Section 52 read with Section 2(k); 17(d) of the Copyright Act, 1957 and other provisions of the Constitution of India, action will be taken by the respondents in accordance with the law, rules, regulations and Government policies applicable to the facts and circumstances of the case against the erring publishers.

Given the definition, the legislative acts fall under the second category of work which is made under the direction or control of the legislature in India. Further, Section 17(d) makes the government the owner of the work and provides economic rights over the work under Section 14 of the Act. Therefore, any person who unauthorizedly exercises these rights would be liable for the infringement of government work under Section 51. The only way to justify such use is by Section 52(1)(q)(ii) which exempts the liability of a person when “any Act of a Legislature subject to the condition that such Act is reproduced or published together with any commentary thereon or any other original matter”. In the present case, it is apparent from the language of the legislation that a mere copy-pasting of the legislature’s act is not fair use as it has to be accompanied by any commentary or any other original matter. Notably, it is not the requirement with other government works namely 1.) the matter which has been published in any Official Gazette, 2.) the report of any committee, commission, council, board or other like body appointed by the Government if such report has been laid on the Table of the Legislature; and 3.) any judgment or order of a court, tribunal or other judicial authority. These works can be published without adding any original content to it except when their publication has been prohibited.

Generally, the publishers make small changes in the draft by making some edits and updates. Here arises a question of whether editing or updating of the Act is a non-de minimis contribution and comes under the purview of commentary or original work as required by Section 52(1)(q)(ii). It will be difficult to provide a binary answer to this question owing to the subjectivity of originality involved in such cases.

In India, originality is fathomed from the test of judgment and skill coupled with minimal creativity as laid down in the DB Modak case. In this case, the court acknowledged the editor’s creativity in para numbering, internal referencing, editorial notes, footnotes, and headnotes, etc. Further, the Court clarified that to support copyright, there must be some substantive variation and not merely a trivial variation, not the variation of the type where limited ways/unique of expression available and an author selects one of them which can be said to be a garden variety [Para 40]. Further, it also depends upon the type of editing done by the publisher. In Reed Elsevier Pvt. Ltd case, while holding no copyright on the court Judgments, the Court held that the exercise and creation of modicum of creativity should be determined in the context of concerning work by looking into the facts and examining the evidence adduced.

Coming to the present case, there are different kinds of bare acts available in the market. Some provide case laws and comments with the provisions, some provide a brief about the provisions and the concerning amendments. There are some which merely print the legislative act without any addition or subtraction. The initial types may be creative enough to get exempted under Section 52(1)(q)(ii) but the mere copy-pasting will be always a copyright infringement of government work.

The one logical reason for the reproduction of government work is to acquaint the people of Indian laws and rules. It also coincides with the doctrine of Ignorantia Juris Non Excusat which means ignorance of the law is no excuse. Except for legislative acts, Court judgments, and committee reports, etc. as evinced in Section 52(1)(q), any person can reproduce them without any precondition. However, the additional requirement of commentary and original work under Section 52(1)(q)(ii) problematizes the act of even those people who want to reproduce the work with no profit motive thus posing further challenges to the accessibility of laws.

Notably, India’s Copyright law has been heavily influenced from U.K. Copyright law, thus, the government copyright in India is an avatar of the U.K.’s Crown Copyright. Hence, it is imperative to ask whether we need this arrangement today or not. If we do, then whether such parliamentary works including the report, committees, etc. deserve any protection when they can be published by anyone.

In a modern democratic state where informed decision-making remains an oft-celebrated concept, it becomes a duty of the state to make the laws and legislative work accessible. Further, unlike other copyrightable government works (mostly) are made to serve the people and have significance for the people. Thus, if government work [under Section 52(1)(q)] is ultimately meant for the people, then what is the purpose of giving copyright protection in the first place. In such a case, the monopoly will be a mere charade without any actual implication. Further, given the anomalous treatment of the legislative acts under Section 52(1)(q)(ii) owing to the requirement of commentary, it becomes more baffling to comprehend the purpose behind such an arrangement. It is noteworthy that when other government works can be produced without any restriction (except when it is prohibited), then what kind of copyright exits in such work sans any monopoly.

These questions bring us to the debate of the people’s right to know vs copyrightability of legislative works. There have been several cases where the courts have ingeminated the need of making the law accessible. In Union Of India vs Vansh Sharad Gupta, the court observed that “ It is impossible for any Government to expect obedience to their Law without informing the people in legible form. It is more difficult especially when the text of Law is not available in an easily accessible format. It will result in two major problems, (1) People will be kept in dark about their Laws, (2) Private Publishers will exploit this in-access to Law to make money by publishing updating Acts as their copyrighted work.” In this case, the mandated accessibility of legislative work and provided detailed guidelines for making the laws accessible [Find orders here, here, here]. Similarly, in Sanjeev M. Gorwadkar And Another vs the State Of Maharashtra And Others, the court opined that “The elementary requirement in this country is that the citizen is able to obtain an authenticated copy of the Act, Rules, and Regulations. If a citizen is not able to obtain these documents, the argument is that it would be difficult to implement the rule that ignorance of the law is not an excuse.” Further, in Reliance Petrochemicals Ltd vs Proprietors Of Indian Express, also the Court deliberated on people’s right to know the law by which they are bound. Irrespective of the guidelines and court rulings, the accessibility of law still remains a far cry in India and the present case bespeaks of it.

It is imperative to highlight the two main theories of copyright law namely incentive theory and natural reward theory do not provide a logical buttress to government work. Firstly, because the government works mentioned under Section 52(1)(q) are required to be created for better governance and not for the commercial benefit. Further, the government creates cultural works for the cultural enrichment and promotion of society without any profiteering motive. Reliance can also be placed on Article 27 of UDHR also encumbers a duty on the state to make cultural assets available to the public. Therefore, providing economic rights to them is both dubitable and debatable.

Appositely, there are two ways to approach government works. On one hand, the UK (where the concept evolved in the 16th Century) and many Commonwealth countries, such as Australia, New Zealand, Canada, India, Nigeria, and Kenya which endorse a strict government/crown copyright. On the other hand, the USA, Germany, France, etc. which do not subscribe to a strong copyright hold with the government and espouse a lenient approach towards such an arrangement.

Notably, a strong government/crown copyright system not only hinders the active participation of citizens in public life but also impedes a free-flow of information. The USA is an apt example of lenient Government copyright as there is no copyright in the U.S. government, however, there are certain exceptions to this rule. Illustratively, it only applies to federal government works, not the state. Further, it is not applicable to covered authors and covered work as defined in Section 105. Similarly, European countries do not support government ownership of copyright materials. France, the Czech Republic, Germany, Netherlands, and Spain are some examples of the counties which do not give copyright protection to “official works”, such as legislation, judicial decisions, and administrative texts.

I believe that India should also adopt a lenient approach for such works and dilute the protection of government work only for non-commercial purposes. However, I do not think that India should abolish copyright protection of government work in toto. Rather, India should adopt a Canadian approach and limit the exercise of the right against those who utilize such work for commercial purposes. In this way, the government would not only earn revenue but also ensure the availability of authentic, accurate, and reasonably priced work to people by controlling the ‘erring publishers’.