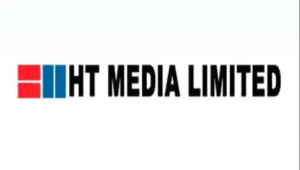 HT Media Ltd. had filed a suit against Brainlink International, Inc. before the Hon’ble Delhi High Court for restraining the plaintiff from (i) infringing the intellectual property rights of the plaintiff (i.e. using the impugned domain name www.hindustan.com or any other mark identical/deceptively similar to the Plaintiff’s trademarks) and (ii) proceeding with the suit titled Brainlink International Inc. v. HT Media Ltd. & Anr. before the United States District Court.

The Hon’ble Supreme Court in the case of Modi Entertainment Network & Another v. W.S.G. Cricket Pte. Ltd. had listed down the following principles for consideration for grant of an anti-suit injunction:

(1) In exercising discretion to grant an anti-suit injunction the court must be satisfied of the following aspects:-

(a) the defendant, against whom injunction is sought, is amenable to the personal jurisdiction of the court;

(c) the principle of comity – respect for the court in which the commencement or continuance of action/proceeding is sought to be restrained – must be borne in mind;

(4) a court of natural jurisdiction will not normally grant anti-suit injunction against a defendant before it where parties have agreed to submit to the exclusive jurisdiction of a court including a foreign court, a forum of their choice in regard to the commencement or continuance of proceedings in the court of choice, save in an exceptional case for good and sufficient reasons, with a view to prevent injustice in circumstances such as which permit a contracting party to be relieved of the burden of the contract; or since the date of the contract the circumstances or subsequent events have made it impossible for the party seeking injunction to prosecute the case in the court of choice because the essence of the jurisdiction of the court does not exist or because of a vis major or force majeure and the like;

(5) where parties have agreed, under a non- exclusive jurisdiction clause, to approach a neutral foreign forum and be governed by the law applicable to it for the resolution of their disputes arising under the contract, ordinarily no anti- suit injunction will be granted in regard to proceedings in such a forum conveniens and favoured forum as it shall be presumed that the parties have thought over their convenience and all other relevant factors before submitting to non-exclusive jurisdiction of the court of their choice which cannot be treated just an alternative forum;

(6) a party to the contract containing jurisdiction clause cannot normally be prevented from approaching the court of choice of the parties as it would amount to aiding breach of the contract; yet when one of the parties to the jurisdiction clause approaches the court of choice in which exclusive or non- exclusive jurisdiction is created, the proceedings in that court cannot per se be treated as vexatious or oppressive nor can the court be said to be forum non-conveniens; and

(7) the burden of establishing that the forum of choice is a forum non- conveniens or the proceedings therein are oppressive or vexatious would be on the party so contending to aver and prove the same.

III. SUBMISSIONS OF THE PLAINTIFF

The Hon’ble Supreme Court in the case of Satyam Infoway Ltd. v. Siffynet Solutions (P) Ltd., held that a domain name may have all characteristics of the trademark and an action of passing off can lie for the same. The Court observed that use of the same or similar domain name may lead to a diversion of users which could result from users mistakenly accessing one domain name instead of another.

In the case of Mr. Arun Jaitley v. Network Solutions Pvt. Ltd. & Ors., the court emphasized the importance of protection of the domain name in the present day context and held that it becomes incumbent to protect the domain names so that the identified names of companies and individuals which are distinct at the market place may not go at the hands of individuals who are nowhere concerned with those names and have obtained them just because they are better conversant with the computer techniques and usage of the internet.

Relying on the aforementioned principles laid down in the case of Modi Entertainment Network & Another v. W.S.G. Cricket Pte. Ltd., the court had to examine whether the Defendants are amenable to the personal jurisdiction of this court, whether injustice would be caused to the Plaintiffs if the injunction was refused and which would be the Forum Conveniens, in case there were more than one Forum was available to the Plaintiffs.

The Court observed that the Defendants had not used the domain name since 2000 and also took note of the bad faith on the part of the Defendants who unreasonably demanded US $ 3 million from the Plaintiff as opposed to US $ 1 million quoted to one of the investigators of the Plaintiff.

IV. FINDINGS OF THE COURT

The Court held that a substantial and integral part of the cause of action under Section 20 (c) CPC for the Plaintiffs to file the present suit, has arisen within the jurisdiction of this Court and opined that the Court has personal jurisdiction over the Defendants. The Court arrived at this conclusion basis the following observation: (i) At the time of adoption of the domain name, Defendants were targeting the viewers in India, including Delhi, (ii) Defendants were willing to sell the domain name to the Plaintiffs, who carry on business in Delhi, negotiations on behalf of the Plaintiffs, including receiving of offer and giving a counter offer through emails also has its origin in Delhi. The notice and the ensuing correspondence precedes the suit in New York and is hence merely a counter-blast to the Plaintiff’s legitimate exercise of their rights and availment of remedies.

The Court held that the Plaintiffs are entitled to an interim injunction from further use of the domain name as its registration by the Defendants was in bad faith. The Defendants are not using the domain name for any legitimate activity and also appear to have registered the same with the intention of earning monetary benefit.

THE TRADEMARK WAR BETWEEN BMW AND DMW.