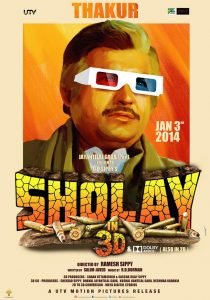 A film licence agreement was executed between the plaintiff and defendant No.1 on 9 September 2015 for the period between 1 April 2016 to 31 March 2022 (“first agreement”) and a further agreement entered into between the parties on the same date, i.e. 9 September 2015, for the period between 1 April 2022 and 31 March 2027 (“second agreement”). The first agreement was for a total consideration of Rs.20 crores, whereas the second was for a total consideration of Rs.5 crores. The dispute revolves around the payment of consideration under the second agreement. Pursuant to a deed of settlement, the plaintiff owed the defendant no.1 Rs. 8.71 crores, part (Rs. 5.46 crores) of which had been paid over the course of 3 instalments. The course of business was that the Defendant used to draw up and invoice against which payment was made by the Plaintiff. However, the balance amount was not paid by the plaintiff, and subsequently the Defendant No. 1 licensed the same distribution rights to the Defendant No. 2 in June 2018. The Plaintiff then moved the court seeking an injunction over the licensing agreement between Defendant No.1 and No.2.

It is the first Defendant’s claim that since the plaintiff defaulted in paying the full amount of consideration, and time being of essence, the agreement was terminated and the second licensing agreement was valid. On the other hand, the Plaintiff relied on the ordinary course of business between the parties and argued that without an invoice being raised, no payment could be made. For the balance amount, the Defendant No. 1 had defaulted by not raising an invoice.

It is pertinent to note that in this case, no question was raised regarding the validity of the copyright or of the ownership. The legal questions that this case touches upon are that of Exclusive Licensing and conditions of granting an injunction.

In this case the Defendant No. 1 (‘licensor’) was the copyright holder, and had licensed the exploitation rights of two films, such as electronic media rights, television rights, satellite broadcasting rights, etc. on a sole and exclusive basis to the Plaintiff (‘licensee’). The terms of the licensing agreement clearly showed that the Plaintiff was the exclusive licensee, and only the Plaintiff had the rights to exploit the films in the manner prescribed. However, the licensor licensed the distribution and exploitation rights to Defendant No. 2 on the contention that default in payment by the Plaintiff forms a ground of termination of the first licensing agreement.

It is the author’s opinion that the Defendant No. 2 did not legitimately terminate its agreement with the Plaintiff. According to the factual matrix of the case, the plaintiff was exploiting its rights and had even offered to pay the balance amount. During the subsistence of the first agreement, the entry into force of a second agreement regarding the same rights and interests is against the tenet of exclusive licensing in copyright law. If it were so allowed, any licensor would be able to terminate pre-existing exclusive licenses if a third party offers a more lucrative deal. Such a position shall deeply affect the rights of exclusive licensees as granted and protected by law.

However, the Hon’ble Court did not base its judgement on the premise of exclusive licensing. The question to be decided was whether the Defendant No. 1 was justified in terminating the licensing agreement with the Plaintiff, and whether an injunction should be granted in favour of the Plaintiff. The court instead scrutinized the case only on the grounds of granting an injunction.

For a party to be granted an injunction 3 conditions must be fulfilled:

The Hon’ble Court relied on the above three conditions to assess whether an injunction should be granted in favour of the plaintiff. The Court held that a prima facie case existed in favour of the plaintiff. It was held that it is apparent from the deed of settlement that the amount due by the Plaintiff was to be paid in installments in the manner stated in the deed of settlement. Defendant No.1 was required to issue invoices against each payment; and payment was to be made by the Plaintiff to Defendant No.1 only against such invoices. This was also supported by the course of dealings between the parties where payment in the first three installments were only made against an invoice. There was a reasonable expectation on the part of the Plaintiff to assume that there shall be another invoice for the remaining account, which was not fulfilled by the Defendant No. 1.

The Hon’ble Court then dealt with the questions of balance of convenience and irreparable damage together. It was observed that if the injunction was granted, the loss suffered by the Defendant No. 1 would be clearly measurable, the measure being what it would have gained if the license agreement with Defendant No. 2 were allowed. It would be fairly easy to compensate the loss suffered by Defendant No. 1. However, if the suits were dismissed the loss that the Plaintiff would suffer was observed to be immeasurable. The rights so claimed cannot be measured by their market value, as one can measure ordinary property. Performance of distribution and exploitation rights involves various elements bearing on the expertise of an individual party to monetize these rights, and it is not upon the bearing of the court to formulate the appropriate damages if the injunction was refused.

Therefore, since all three conditions favoured the Plaintiff, an injunction was granted restraining the Defendants from dealing with or disturbing enjoyment of the licensed rights in the suit films by the Plaintiff in any manner.

The judgement has given an interim relief to the Plaintiff till the final decision. It remains to be seen what the Hon’ble Court decides on the validity of the licensing agreement between Defendants 1 and 2.