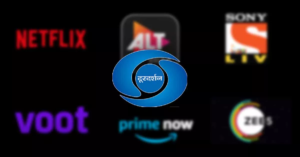 In recent proceedings, the Madras High Court asked the government to decide upon the need for an amendment to the Sports Act, 2007, so as to allow Doordarshan to stream sporting events of national importance on its ‘Over The Top’ (OTT) platforms. The court’s request was in response to a PIL filed by Mr. Aditya Modi, in which he contended that though widespread use of smartphones along with the availability of cheap internet data has facilitated easy streaming of events, private OTT players’ hefty subscription charges for major sporting events prevent millions of citizens from enjoying such events. Under the current setup, broadcasters are mandated to provide the feed of sporting events of national importance to Prasar Bharti, which in turn can re-transmit the same for free only on its terrestrial and direct-to-home (DTH) platforms. The petitioner thus argued for a change to the existing law in a manner which would allow Prasar Bharti to retransmit sporting events of national importance for free on its OTT platforms. Considering the major policy implications of such an amendment and the involvement of several stakeholders (such as Star India and Sony who currently hold rights to exclusive online streaming of key sporting events), it was prudent of the court to defer this matter to the government and ask for timely resolution of the same. However, it remains unclear as to whether an amendment to the Sports Act in accordance with the contentions raised in the aforementioned PIL would be feasible going forward.

A quick review of the circumstances leading up to the drafting of the Sports Act makes the great significance of mandatory sharing of sports broadcast signals even more apparent. The Act was brought about to serve in effect as a statutory licensing framework, thereby ensuring that the Supreme Court’s ratio decidendi in Secretary, Ministry of Information and Broadcasting v. Cricket Association of Bengal[i] (“CAB”) was taken heed of. In CAB, the Court ruled that airwaves were public property and that the right to communicate includes the right to communicate through any means available; the Court also directly mandated the state to ensure wider access to broadcast. Justice Jeevan Reddy even intriguingly commented that,

Notably, sports law commentators have argued that the aforementioned observations of the Court, along with the Madras HC’s decision in Citizen Consumer & Civic Action Group v. Ten Sports,[ii] signified that access to a sports broadcast may implicate fundamental rights of the viewers and thus allow for imposition of reasonable limits on the exclusive right of the broadcaster.[iii] It was in this context that the Sports Act was enacted, with its Preamble also making it clear that the objective behind is to provide access to the largest number of listeners and viewers, on a free to air basis, of sporting events of national importance through mandatory sharing of broadcasting signals with Prasar Bharati. Furthermore, in light of reports showcasing the massive difference between subscribers of DTH as compared to those opting for mobile/wireless connections (with mobile connection numbers approximately 8 times more than DTH subscription numbers!), one can easily argue that the object of the Sports Act, encapsulated in its Preamble, is not being achieved through the current legislative setup and that the Act has failed to adapt with the technological progress seen today. Accordingly, an amendment enabling Prasar Bharati to retransmit feed of sporting events of national importance on its OTT platforms would be desirable, and arguably necessary, to effectuate the true objective of the Sports Act.

However, on the other side, private stakeholders such as Star India and Sony would surely be aggrieved by the impact that an amendment of this sort would inevitably have on their OTT platforms’ (Hotstar and SonyLIV respectively) viewership and revenue generation, underscored by reported projections that the streaming market could reach $5 billion by 2023.[iv] And to top it off, the massive growth shown by OTT platforms over the past few years has been greatly augmented by sports, with SonyLIV, for example, recording landmark viewership numbers in its streams of big sporting events. Be it 70 million viewers for its 2018 FIFA World Cup stream or 50 million viewers for its stream of India’s cricket tour to Australia,[v] the numbers show just how huge an impact streaming of sporting events has had on its SonyLIV’s rapid rise in the OTT realm, and why acquisition of digital sports rights remains a priority for most OTT platforms going forward. Fair to say then, an amendment of the sort proposed to the Sports Act would be met by vehement opposition on behalf of these private stakeholders.