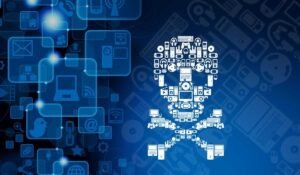 With the rapid expansion of digital technology, internet piracy has only increased and has therefore become a major concern for the creative community which includes writers, performers, lyricists and copyright owners. According to a June 2019 study conducted by the Global Innovation Policy Centre (an affiliate of the U.S. Chamber of Commerce), global online piracy cost the U.S. economy at least $29.2 billion in lost revenue each year.[i] As per the Online Copyright Infringement in the European Union 2021 Report, piracy remains a significant problem in the EU. Over a 48-month period, between January 2017 and December 2020, 131 billion individuals visited piracy sites for the illegal consumption of digitally pirated films, TV shows and music in the EU including the UK. The average internet user in the EU accessed pirated content 5.9 times per month in 2020.[ii] Globally each state exchequer is also the silent big loser as pirated websites don’t pay taxes. Further, the Covid-19 pandemic has increased digital consumption, which in turn has exacerbated the issue of digital piracy.. For example, global film piracy increased by more than 33% during the lockdown.[iii] Digital Piracy rates keep growing exponentially given that technology keeps creating new forms of interactive digital platforms. As per MUSO, 130 billion persons visited pirate sites globally in 2020.[iv] Further, between January and September 2021, television was ranked as the top pirated industry with over 67 billion total visits, followed by publishing with over 30 billion total visits, film with 14.5 billion website visits, and Music with 10.8 billion visits respectively.[v]

Digital piracy leads to immediate and irrecoverable losses in terms of legitimate audience and revenues to the creative sector. For example, in Spain, creative industries reported that 60% of internet users accessed illegal content up to 11 times a month in 2019, with an estimated loss of USD 2.17 billion to the creative sector.[vi]

The creative and sport broadcasting industry in India faces an identical challenge in terms of digital piracy. As per MUSO, India is the third most popular country for music piracy, with 6.5 billion total piracy website visits. Further, India was reported as the top market in terms of film and music piracy between January and September 2021.[vii] As per IMI, the Indian recorded music industry suffers losses to the tune of ₹ 300 crore annually due to digital piracy.[viii]

Internet piracy will never be a simple problem. The Indian anti-piracy protection framework provides for various means of tackling online piracy such as notice-and-take down mechanism, Judicial website blocking, IPR awareness via training programs, public messaging, etc. However, these remedies have become obsolete and inadequate in light of rapid technological changes, added to that the increasing judicial burden, time limitations and costly litigation hurdles. As on March 2022, there were 4,09,85,490 cases pending in District and Subordinate courts, 58,90,726 pending in High Courts and 70,154 cases pending before the Supreme Court.[ix] Further, after the abolition of Intellectual Property Appellate Board in 2021, 3000 IPR matters were transferred to the Delhi High Court in addition to 2500 odd commercial civil suits pending before the DHC. Similarly, after the abolition of IPAB, approximately 400 matters were transferred to the Gujarat High Court in addition to 4000 pending IPR matters before the court. Hence the need of the hour is new age anti-piracy tools to combat fast-evolving internet piracy. It is crucial & essential for India to immediately take into consideration best practices from other markets to deal with digital piracy and adopt a robust, efficient and swift administrative anti-piracy framework.

Indonesia’s recent efforts have become a relevant case study for the purpose of strengthening the copyright enforcement regimes globally, capturing the effectiveness of having an administrative site blocking remedy and its impact on online piracy. As per AVIA (Asia Video Industry Association) CAP’s (Coalition Against Piracy), traffic to all pirate sites in Indonesia came down by 75% as of January 2022 compared to 2019.

In the Asia Pacific region with 61% and 52% of consumers admitted to accessing pirate services in the Philippines and Indonesia respectively.[x] Since 2019, the Indonesian government has blocked 3,500 illegal websites as of January 2022. Consequently, the traffic to legitimate sites in Indonesia tripled over the same period. As per a recent 2022 CAP YouGov survey, 76% of Indonesian consumers accessed more legal content and less pirated, and 26% subscribed to legitimate sources as a result of illegal streaming sites being blocked.[xi] Since 2019, Indonesia has become a leading market in managing an effective internal piracy measure through rolling website blocking process.

Administrative remedies that exist in other markets such as France, Italy, Greece, etc.  have proven to be effective, reasonable and time-efficient in curbing internet piracy. To ensure a robust anti-piracy mechanism and IP enforcement in cases where time of the essence, it is imperative to urge  Meity in coordination with the Department of Telecommunications and DPIIT to establish an administrative body empowered  to enforce online copyright infringement via administrative site blockings . The body shall comprise of executives from the aforementioned ministries and departments as well as the copyright industry representatives. The body shall closely work with the creative industry stakeholders, internet service providers and inter-governmental functionaries to successfully defeat the plague called digital piracy, unlocking the true potential of the M&E industry in India and become a global power house for story-telling.

[i] Impacts of Digital Video Piracy on the U.S. Economy. Available at https://www.theglobalipcenter.com/wp-content/uploads/2019/06/Digital-Video-Piracy.pdf 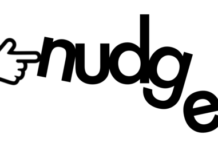