All authors can be owners but not all owners can be authors, except producers. You may mind – why producers are more equal than others, or more subtly, why do they get such peachy privilege? Simply, because the statute says so! But why does the statute say so – because its predecessor (i.e. U.K.’s Copyright Act, 1956) said so! But why did that say so? Because it has always been said so! Confusing…? It is so. But WHAT HAS BEEN NEED NOT ALWAYS BE, NO? Maybe.

Nonetheless, the above mentioned is a short, though hazy, history of cinematography work in Indian copyright law, written solely for the purpose of showing the unavoidable complexities involved with movie copyrights. Although these are not caused because some authors get more authority than others. The reasons are tied to the inherent nature of the work of cinematography which is (said to be) more than the sum of its parts. Put simply, a movie is a mix of various copyrightable works such as sound recording, lyrics, songs, screenwriting, musical works, choreography. There are many authors in a movie (not of a movie!) and these authors exercise their rights to the extent of their contractual arrangements with the producer. The absence or ambiguous presence of these contracts causes issues and Courts rule them accordingly.

(For the history – read Prof Gosh’s article A roadmap for TRIPS: copyright and film in Colonial and Independent India)

Something similar happened recently in S.J.Suryah (a.k.a. S.Justin Selvaraj) v. S.S.Chakravarthy and ors where the Madras High Court jotted a general rule that producers get remake rights unless proven otherwise, making it a part of their ‘right to copy’.

Put differently, (per the Court), the General rule is that Remake rights are owned by the producer and the exception is that scriptwriters have to prove some contrary contractual arrangement in order to claim remake rights.

(Before dishing out the decision in detail, who do our readers think should get remake rights? – a Producer (who puts the team together and enunciates their ideas into a movie), a screenwriter, cinematographer, director (my favorite!), actors, musicians, (no/every)body? Choose your author wisely and analogize your reasoning with that of the Court (looking forward to your comments!) and see the creative contrast.)

Appellant (who was credited as the director and author of the story, screenplay, and dialogues of the movie ‘Vaalee’) asserts that the original producer of the movie Vaalee cannot transfer remake rights because he never owned them. The Court denied it and made some interesting remarks about the rights owned by the producer over a movie.

Broadly, the Court highlighted (or laid down) two rules –

(Note – as per me, the general rule is that author is owner and exception is author transfers the ownership.)

Illustratively, if Bebu is given the credit of authorship, the first presumption will be that bebu is the owner because Section 17 says so.

2. Remake rights are owned by the producer by the virtue of Section 14(d)(i) i.e. Right to Make Copies.

Intricacies – Can the right to make copies be extended to or interpreted as a right to remake movies? Isn’t it an adaptation right similar to (not the same as!) right in derivative works right?

There are also some issues of 1.) acquiescence/estoppel as the Appellant did not stop the producers for previous remakes, 2.) the appellant’s burden of proof to show produce evidence to claim ownership. However, the present post is only limited to the remake rights and does not discuss other issues in detail.

Oye Rocky ‘Right of Remake’, Where are you?

Regardless of its contestability, a Producer is an author AND owner of cinematograph film, because, as noted by Courts, (s)he is the entrepreneurial thread that ties all the creative efforts cohered in a movie. But, it is noteworthy that rights coming with cinematography work are limited when compared to other works. Hence, a right to remake movies that stretches the other authored works to a different work is highly unlikely to come in the ambit of the rights under Section 14(1)(d).

Thus,  it is important to understand what kind of right is ‘remake’ under Copyright law?

(i) to make a copy of the film, including

(ii) to sell or give on commercial rental or offer for sale or for such rental, any copy of the film;

(iii) to communicate the film to the public.

Apparently, the right to remake is not an explicit right for a cinematography film. It is to be interpreted under the existing rights, most probably under Section 14(d)(i) (as it seems closer to remake than other rights). Here comes a caution – while extending an existing right, Section 16 is to be taken into account which clarifies that no copyright exists outside the ambit of the statute.

Given such an internal statutory setting between  Section 14 and Section 16, a producer’s right to remake (as a general rule) is very doubtful. The doubt further dazes me when I consider the adaptation right of literary authors in a movie (script, story, and dialogue writers) because the remake of a movie is more an adaptation of the underlying literary works than the creation of a copy of original movie. This is also clear from the definition of adaptation work [Section 2(a)] which, (in Indian context) is understood as change in format from one type of work to other (e.g. literary to dramatic). Section 2(a)(v) further broadens by stating ‘’in relation to any work, any use of such work involving its re-arrangement or alteration”, brining remake under its ambit.

Since adaptation rights are given for literary works and not on the cinematography film, producer should not be regarded the holder of remake rights. (read Nikita Saikia’s post on Adaptations, Derivations and Transformations in Indian Copyright Law).

Coming to Madras High Court’s interpretation of Section 14(d) to include a remake of the film (as also done in MRF v. Metro Tyres and Yash Raj Films v. Sri Sai Ganesh Productions), it does not coincide with the definition of ‘infringing copy under the act’ which defines copy only with respect to original work of cinematography film. Meaning, a remake cannot be called the original copy of the film. The Court though relied on the Thiagarajan Case, however, did not deliberate on it adequately, which clearly explains the fate and form of remake rights. It noted that

It went on to say that:

“29. Similarly, the right to remake or make different versions of the film, as indicated above also does not fall within the expression “communicating the film to public” as this would entail changes being made in the original script, albeit, without the consent of the appellant. Since the copyright in the script still remains with the appellant, the respondents, to our minds, cannot remake the subject film or make other versions of the same film. While, it is well settled that there is no copyright in an idea, the remake or another version of the subject cinematograph film, which is based substantially on the subject script would, certainly, infringe the appellant’s copyright in the works of which he is the author.”

However, there is one way to exercise the ‘right to remake’ by the producer with utmost statutory support – if all the authors in the movie assign ALL of their rights to the producer, making it the absolute owner of the movie with respect to any right that can arise under the Act.

For e.g. if Lucix is the producer of a movie, Shirix is the author of the script, story, and dialogues, Thaiyixx is the director, and Akshix has done all the other works, and all of them assign their rights to Lucix IN WRITING. Lucix can do anything with respect to the movie (subject to the moral rights u/s 57 and royalty rights under u/s 18) without any interference by the other authors.

But if such absolute ownership is not clear then, in my opinion, the producer cannot be assumed to be the holder of the ‘right to remake’. A more specific way to look at the scenario, as also done by the Court, is from Sections 17 and 19 which deal with ‘the First owner of copyright’ and ‘the Assignment of copyright’ respectively. For Section 19, the assignment has to be done in writing, specifying the rights and the duration of the assignment. In the the instant case, no written agreement was produced by parties, making a strong case of non-assignment. So, if there is no assignment, the ownership over the script, story, dialogues cannot be claimed by the producer, hence, no remake rights exists therein.

They should be owned only in relation to the cinematography work. This is also clear from the wording of proviso 2 which says that ‘Copyright is owned in cinematograph film’ and ‘not owned in work created for a cinematograph film’. Moreover, it is strange that if proviso (2) of 17 is to be taken as a complete waiver of rights over the work by the creator, then what is the difference between Section 17 and Section 18. Wouldn’t Section 17 become another way of assignment without any written agreement? Apparently, Section 17 does not entail any procedural requirement such as the presence of an agreement or proof, payment, evidence of any other communication, etc. But in cases such as the present, (as also noted by an Anamika here), it is incumbent to look into these pieces of evidence. Otherwise, it becomes a dangerous provision contrary to what the 2012 amendment sought to preempt – protection of authors in cinematography film and sound recordings (among other issues). Something similar was presaged in 1977 in IPRS vs EIMPA where the Court noted that “Copyright in a cinema film exists in law, but s. 13(4) of the Act preserves the separate survival, in its individuality, of a copyright enjoyed by any ‘work’ notwithstanding its confluence in the film. This persistence of the aesthetic ‘personality’ of the intellectual property cannot cut down the copyright of the film qua film”.

The scope of remake rights is not clear in Indian Copyright law where some cases such as MRF v. Metro Tyres and Yash Raj Films v. Sri Sai Ganesh Productions include the remake rights in Producers’ existing rights (broadening the scope of the right to make copies) and other cases such as Mr.Thiagarajan Kumararaja vs M/S Capital Film Works hold it otherwise. Per me, more than logical or legal, the justification behind producer’s remake rights seems assumptive. This is unlike Hollywood where writers enter into option purchase agreements for creation of a single and clearly define the scope of their rights. It is high time that Courts define the scope of Section 17 and provide a suitable interpretation of producers’ rights (esp. ‘right to copy’), keeping the existing inequalities in the film industry in mind. 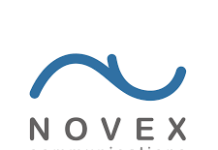 MADRAS HIGH COURT DECISION IN NOVEX VS DXC- WILL IT CHANGE THE WAY COPYRIGHT LICENSING BUSINESS IS CONDUCTED IN INDIA? IMPACT AND ANALYSIS...