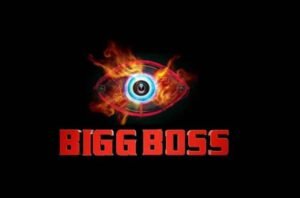 The Bombay High Court, vide Order dated 20th October 2021 in Endemol Shine Nederland Producties B.V. & Ors. v. Angel Singh aka Lucky Trading as 999 Productions & Ors. (COMIP(L)/28812/2021) (hereinafter, the “Order”) granted an ex parte ad interim injunction against the Defendants, who were shown to be organising and producing a television show titled ‘999 Bigg Boss Jammu’ (hereinafter, the “Impugned Show”). The Court observed that the Impugned Show violates the trademarks and copyright in the reputed and highly popular show, ‘Bigg Boss’, in which the Plaintiffs hold exclusive rights. A summary of the brief facts leading up to the instant suit as well as the observations from said Order are put forth below.

Background on the Plaintiffs:

The Plaintiffs form part of the Endemol Shine group, which is one of the biggest global content creators, producers and distributors with an array of internationally successful shows. One of the most popular and successful shows created by the Plaintiffs is ‘Big Brother’, which has garnered substantial viewership and acclaim amongst audiences all over the world.

The Plaintiffs also brought to the Court’s attention relevant material showcasing that the Defendants are habitual offenders who blatantly disregard third-party intellectual property rights – for instance, the Defendants had in the past produced and hosted a chat show titled “Coffee with Ayaan” (ostensibly, a remake of the famous show, “Koffee with Karan”).

The Plaintiffs further submitted that the Impugned Show is being used by the Defendants to profiteer by falsely portraying an association between the Impugned Show and the Plaintiffs’ Show and thereby cheat and deceive members of the public. In this regard, it was shown that the Defendants sold audition forms to potential participants for INR 500 and charged participants a fee of INR 25,000.

In view of the above, the Plaintiffs asserted that the Defendants are engaging in acts amounting to blatant infringement of the Plaintiffs’ trademarks and copyright, while also misleading the public at large for their own benefit. Additionally, it was pressed to the Court that any reliefs that the Court may be inclined to grant to the Plaintiffs, must be given without notice to the Defendants, insofar as there is a high risk of the Defendants destroying / hiding all incriminating evidence proving their infringing activities in case notice is issued by the Court.

In light of the overwhelmingly clear and cogent evidence produced by the Plaintiffs to showcase the blatantly infringing activities of the Defendants, the Court observed that, prima facie, there is no manner of doubt that:

a) the marks / name / device of an eye used in the Impugned Show are identical and/or deceptively similar to those used by the Plaintiffs and to which the Plaintiffs hold exclusive rights;

b) the Defendants have adopted such marks with a view to ride upon the goodwill and reputation of the Plaintiffs’ Show and associated intellectual properties;

c) the Impugned Show is a clear copy of the Plaintiffs’ Show, including the underlying works therein; and

d) the acts of the Defendants are nothing but a systematic attempt to mirror the Plaintiffs’ Show and associated intellectual properties, in order to deceive the public and profiteer.

As such, the Court was pleased to grant an ex parte ad interim injunction restraining the Defendants from inter alia infringing the Plaintiffs’ registered trademarks, Plaintiffs’ exclusive copyright in the Plaintiffs’ Show and from exploiting, conducting auditions for, telecasting, publicizing or continuing to telecast the Impugned Show in any manner whatsoever. Further, the Court also directed the Defendants to take down all advertisements, YouTube, commercials, promotional material, hoardings, signages and call back all flyers, posters, entry/participation forms containing the Plaintiffs’ marks.

PROMULGATION OF THE TRIBUNALS REFORMS (RATIONALISATION AND CONDITIONS OF SERVICE) ORDINANCE,...