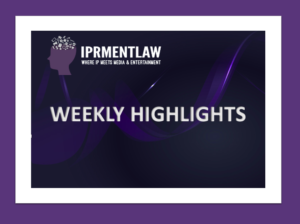 The Calcutta High Court restrained Baidyanath from uploading or publishing any advertisement that allegedly disparaged the reputation or goodwill of Chyawanprash, a brand owned by Dabur, which has been sold by Dabur Chyawanprash for a few decades.

Baidyanath in its advertisement featuring actor Pankaj Tripathi claimed that the Chyawanprash made by it has 52 Ayurvedic herbs whereas Chyawanprash of other companies are not formulated in accordance with the Ayurvedic texts and have only 42 ingredients.

A division bench of the Delhi High Court on November 01, 2021 reversed the judgment of a single judge bench that said that comparative advertising is permissible and Harpic should not be hypersensitive about it. The Court restrained Domex, a brand owned by Hindustan Unilever from airing an advertisement that disparages the brand of its competitor, Harpic.

The Parliamentary Standing Committee on Communications and Information Technology which is led by Mr. Shashi Tharoor pulled up the Information and Broadcasting Ministry for deciding complaints against TV channels in a lackadaisical manner on November 01, 2021. The complaints were made against the TV channels for violation of the Programme and Advertising Codes. The said panel took a serious note of the situation and observed that if timely sittings are not held to come at a decision on the pending cases, then the impact of action taken is diluted as well as gives the channels a chance to repeat the violations of the code which they violated earlier.

The Parliamentary Standing Committee on Communications and Information Technology on November 01, 2021 recommended that a Media Council should be set up as media is gradually losing its ‘credibility and integrity’. The aim of setting up the said council would be to check the ‘irregularities’ in print, electronic and digital platforms.

Youtube, video streaming giant has announced that it will update its Terms of Service and it shall be effective from January 05, 2022. The said terms of service will be brought in to help clarify and make it easy for its users to understand what should be expected while using the services of the video streaming giant. The said update necessitates the Indian news publishers to furnish the details of their Youtube accounts to MIB.

Further if the said updates are violated then it would result in issuance of warnings or loss of access to the accounts or the termination of the said accounts. This was done by Youtube to bring in more transparency about how it develops, improve and further updates its terms of service.

Piyush Goyal, Minister of Consumer Affairs, Food, and Public Distribution recently said that he has no information that the Advertising Standards Council of India (ASCI) is setting up a task force for the monitoring and regulating of ads on OTT platforms. This was said by the Hon’ble minister while responding to a question rose in Lok Sabha. Further, the minister denied that the Ministry of Consumer Affairs, Food, and Public Distribution is working with the Ministry of Information and Technology to shape guidelines and processes to examine advertising on OTT platforms.

The government might be instituting ministry-level nodal officers to order content takedowns. An inter-ministerial review underway for the formulation of the Standard Operating Procedures on the IT Rules 2021 is considering a proposal to have nodal officers as each ministry has expertise in what constitutes unlawful content. The government has been working on the standard operating procedure (SOP), which it is supposed to outline as part of the IT Rules, 2021.