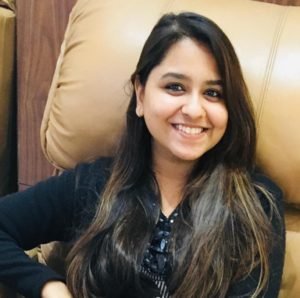 About the Author: Ayushi Dubey is a fourth year law student in the Institute of Law, Nirma University.

Recently, the Delhi High Court (“the Court”) in the case of Peps Industries Pvt. Ltd. v. Kurlon Ltd. discussed in detail the major areas concerning the trademark laws in India. The judgment revolves around the relation between Section 27, Section 28 and Section 34 of the Trade Marks Act, 1999 (“the Act”) by delving into the controversial issue of exclusive rights of a registered user of a trademark in light of the concept of prior use, passing off and distinctiveness of a trademark.

The issues before the Court pertained to the prior use and descriptiveness of the mark. The Court held that, in order to determine whether the defendant is entitled to protection, it must resolve following two issues:

Section 28(3) of the Act gives rest to the tussle between two registered owners of identical or nearly similar trademarks. The section clarifies that neither of them has the exclusive right against each other. However, both have similar and exclusive rights against the world. Thus, Section 28(3) gives a concurrent right to both the registered owners of the trademark. Accordingly, this does not give the plaintiff the right to bring a suit against the defendant, and raises the question as to whether the defendant can bring the plaintiff under the purview of Section 27(2) of the Act. Section 27(2) comes into play irrespective of the provisions of the Act as the concept of passing off is a common law principle. Thus, the defendant can bring action against the plaintiff for passing off even if the plaintiff is a registered user of a mark. This brings into play Section 34 of the Act, which holds that even a registered owner of a trademark cannot interfere with the rights of a prior user of the mark. Therefore, the three sections, on a conjoint reading, dictate that the rights of a prior user are placed above the rights of a registered owner.

Tussle between Prior Use and Registration of a Trademark

The Supreme Court in the case of N.R. Dongre v. Whirlpool Corp. held that a plain reading of the provisions of the Act clearly shows that the right of passing off, which is based upon prior use, shall remain unaffected by any registration provided under the Act. Further, passing off rights are also considered superior than the registration rights, as passing off protects the goodwill and reputation of a business. In the case of Laxmikant V. Patel v. Chetanbhat Shah, the Delhi High Court recognized that passing off is an action in deceit i.e. the subsequent user of the mark cannot misrepresent the prior user. Also, the Delhi Court in Century Traders v. Roshan Lal Duggar & Co, affirmed that registration of a trademark does not create any new or greater right as it only recognizes the pre-existing rights of the common law. Further, common law considers passing off as a broader remedy than infringement. Therefore, merely registering a trademark does not give any superior right to the owner, as a trademark exists even when it is not registered by virtue of common law principles. Hence, a prior user has better rights than a user who came later and got a registration for the same mark and thus, the subsequent user can be charged for passing off.

The Court dwelled into the details of the case of Marico Limited v. Agro Tech Foods Limited, to analyse the concept of a descriptive term. A descriptive term is a common expression which if given protection of a trademark would cause prejudice to others. In the present case, it was observed that the label “NO TURN” was only used by the defendant to describe the quality of his mattresses, which do not require to be turned around. Further, though the defendant was a prior user of the trademark “NO TURN”, he was using the same as one of the labels for its mattresses and not as a trademark. The case reiterated the celebrated principle of distinctiveness that a trademark cannot be ordinarily registered if it falls within Section 9(1)(a) to 9(1)(c) of the Act. However, registration can be granted for a descriptive mark if it has acquired a distinctive character over the years through prior use or if it is well-known, which is not the case in the present matter.

The Court further clarified the conflicting views surrounding the applicability of Section 9(1), Section 31(2) and Section 32 of the Act. The Court observed that all the three Sections contemplate different situations and thus there is nothing contradictory or ambiguous in their application. Section 31(2) of the Act gives a bonus period from the date of filling till the date of registration for allowing the evidence for distinctiveness by use in contrast to Section 9(1) which mandates evidence of distinctiveness by use to be presented on the date of filing. Thus, Section 31(2) relaxes the strict mandates of Section 9(1). Further, Section 32 is applied in cases before the Registrar or Appellate board and not in Civil Suits as cleared by the expression “Challenging the validity of such registration” which is done only before the mentioned forums upon application of cancellation of mark. Therefore, a conjoint reading of the three sections explicate that there exists no conflict between the three Sections and all of them have their different applications.

The Court held that the defendant was a prior user of the mark “NO TURN” since 2007, but was using the same as one of the labels for its mattresses. Further, the defendant’s use of the mark was not continuous and voluminous; therefore, a defence under Section 34 of the Act cannot be established. Lastly, the Court did not grant an injunction to the plaintiff as “NO TURN” is a descriptive mark and the plaintiff failed to prove that “NO TURN” had acquired the distinctiveness to achieve the status of a well-known mark as on the date of registration.

The judgment discusses in length the provisions of the Trade Marks Act and various judicial precedents to establish the status of prior use and registration of a trademark under Indian trademark jurisprudence. The Judgment highlights the lesser-known interplay between Sections 28(3) and 27(2), keeping in mind relevant common law principles. Moreover, a detailed discussion on the concept of distinctiveness clarifies that the canon for the registration of a descriptive mark is relatively higher in order to safeguard the principles of common law rights.