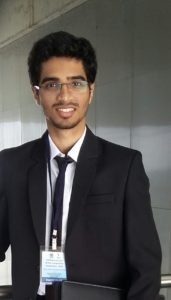 We are pleased to bring to you our next guest post by Kunal Chandriani. Kunal is a commerce graduate (B.Com 2018 batch) and currently pursuing LLB from Vivekanand Education Society’s College of Law, Mumbai (2nd year in the three year course).

“It takes 20 years to build a reputation and five minutes to ruin it. If you think about that, you’ll do things differently.” Warren Buffett

As understood in common parlance, reputation is a general opinion of a person’s character, about an organization or of a group of people[i]. Every individual has the right to protect his reputation from any derogatory/ defamatory statements of others made without lawful justification since it is an integral aspect of a person’s dignity[ii]. The Constitution of India affirms the immediate fact by virtue of Article 19(1)(a) and Article 19(2). The emplacement being the former confers the freedom of speech and expression, while the latter lays down certain restrictions pertaining to defamatory and various other exemplifications in this regard. Where the Constitution of India lays down several fundamental rights, the basis of protecting human dignity ascends from Article 21, pertaining to life and personal liberty. Extending the scope of the right to life and personal liberty, the Indian Judiciary has affirmed ‘reputation’ as a fundamental right in several cases[iii]. Thus, it can be well inferred that the constitutional provisions, as well as the judiciary, play a significant role in guarding one’s reputation. Applying the Latin maxim –“Ubi jus ibi remedium”, there must be a remedy for the wrong of defamation. In light of the above legitimacy pertaining to defamation, this post deals with an old Indian case that startled the press and media houses, which, though seemed to be arbitrary, proved to be portentous.

Kernel of the case:

Freedom of the press or media is based on the principle that communication and expression through various media, including printed and electronic media, should be considered as a right to be exercised freely[v]. Though the Constitution of India does not distinctly mention about the freedom of press or media, the same is implied to have derived from Article 19(1)(a)[vi]. Article 19(1)(a) states that all citizens shall have the right to freedom of speech and expression. Thus, every citizen, as well as the press and the media houses, have the same rights with regards to writing, publishing, circulating or broadcasting, as the case may be. However, this right is subject to reasonable restrictions imposed on the expression of this right under Article 19(2). Amongst other restrictions, defamation finds its place in Article 19(2), which essentially means that while exercising the right of free speech, one must be cautious enough to not indulge in any act which may prove to be defamatory in nature. Further, any defamatory act being a violation of fundamental right paves way for civil as well as criminal consequences as per the Indian laws. Inopportunely, one of the reputed Indian news broadcasting organizations – ‘Times Global Broadcasting Co. Ltd’, which apparently is known by the channel name ‘Times Now’, erroneously and unintentionally happened to commit a defamatory act, for which the plaintiff sued the organization for claiming damages and compensation. Though claiming damages in suits pertaining to defamation is quite usual, what made the immediate case unusual was the quantum of damages claimed by the plaintiff for mere negligence on the part of the news broadcasting organization, which was bought under the ambit of defamation.

Facts of the case:

In the immediate case, the plaintiff (Mr. Parshuram Babaram Sawant) happens to be the former chairman of the Press Council of India as well as the former president of the World Association of Press Councils and had retired as a Judge of the Supreme Court of India. Thus, it is evident that the plaintiff commanded significant esteem in the society as well as the legal fraternity. On the other hand, the defendant (Times Global Broadcasting Co. Ltd.) is a company incorporated in India, which is a leading English news channel, having significant viewership in India as well as abroad. It runs a news channel by the name “Times Now”. As per the submissions made by the plaintiff, the genesis of the dispute ensued with the surfacing of a Ghaziabad Provident Fund scam in the year 2008. The scam turned out to be more sensational as numbers of judges were involved. This scam caught the attention of the world at large. The defendant commenced reporting the developments relating to the scam. Amongst other judges alleged to have been involved in the scam, Justice P.K. Samantha, the retired Judge of the Calcutta High Court was one of them. On 10th September 2008, while the news relating to this scam was being telecast by the defendant, a photograph of the plaintiff was broadcasted as that of Justice P.K. Samantha. Thus, the defendant negligently aired the photograph of the plaintiff (a person of high esteem) portraying him as alleged to be involved in the scam. This created a false and negative image of the plaintiff amongst all the viewers. Post realizing the error, the defendant retracted the photograph of the plaintiff within 15 seconds of its broadcasting. However, the defendant did not issue any public apologies or clarifications in this regard. Later, the plaintiff called upon the defendant to publicly apologize and further tender damages amounting to Rupees 50 crores. In its reply, the defendant acknowledged the error committed and also stated it to be an unintentional mistake and tendered an apology informing that channel had published a corrigendum within 2 weeks of the error. However, the plaintiff found the reply of the defendants to be insincere and enhanced its previous claim for compensation from Rupees 50 crores to Rupees 100 crores. Subsequently, the plaintiff filed the defamation suit for damages and compensation at the Pune District Court. The said Court held that displaying of photograph made a specious impression among all the viewers that the plaintiff was associated with the Provident Fund scam which is as such profoundly defamatory, and further held the defendants to be liable for the same. Further, the Court ordered the defendants to pay the sum of Rupees 100 crores as damages. Aggrieved by the order of the Pune District Court, the defendant appealed to the High Court of Bombay and sought a stay of execution pending the hearing of the appeal. Acting upon the appeal filed by the defendant, on 28 September 2011 the High Court of Bombay ordered the defendant to deposit Rupees 20 crores with the High Court Registry and to furnish a bank guarantee of Rupees 80 crores as a condition of the stay[vii]. However, the scenario didn’t turn out to be any different even when the defendant further approached the Supreme Court of India to challenge the decision accorded by the High Court of Bombay, as it dismissed the appeal and believed no reason to interfere with the impugned order.

Analysis of the judicial decisions:

The case arose as a result of negligence on the part of the defendants. Though the defamatory act complained of did not involve any malicious motive to do so, nevertheless, absence of malice may not prove to be an excuse in every case, just as it didn’t work in the present case. Organizations like the press and the media houses, which exercise their freedom of speech and expression on such wide platforms need to remember that negligent acts causing defamation can have far-reaching effects as it may defame the innocent and, in turn, attract legal consequences. To deter the commission of any such negligence in the future, it wouldn’t be fallacious to say that the courts were justified to hold the defendants liable for the said commission. However, the courts seemed to be farfetched with their arithmetical skills while assessing the actual damage caused to the plaintiff. Neither was the plaintiff asked to prove that those 15 seconds during which his photograph was erringly displayed did cause such significant harm to his reputation, nor was the public apology of the defendant taken into account while assessing the actual damage caused. Instead, the courts further allowed the plaintiff to raise his claim amount. No wonder the media and the press houses all over the nation were discontented with this decision. The cost of bona fide errors ought to be reasonable and proportionate which was nowhere seen in the present case. Thus, the media and the press houses need to be cautious before publishing or broadcasting, especially before going live, where lakhs of viewers are watching the show and where there is no room for rectifying any negligent utterance.

Board of Trustees of the Port of Bombay Vs. Dilipkumar Raghavendranath Nadkarni & Ors.;