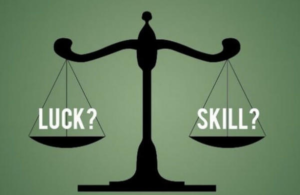 In a guest post in June (available here), I had discussed in-depth a PIL filed by social activist Avinash Mehrotra, which sought to bring online gambling in games such as poker or teenpatti to an end. While the petitioner had stressed upon the adverse socio-economic ramifications of the rapid growth of online gambling websites, the main legal argument was that these games are not games of skill and that success in these games hinges solely upon the turn of cards, i.e. success or failure is predominantly dependent upon matters of chance. Intriguingly, a PIL on similar grounds was filed by Deepati Bhagat in October seeking a ban on poker, with the petitioner reportedly also emphasizing upon a player’s absolute lack of control over the cards dealt in the game.[1] Given the similar arguments and averments made in the two PILs, the Delhi HC had listed both petitions for hearing on November 28.

Rather than taking a conclusive call on the questions put forth in the petitions however, the Court asked the Centre and the AAP government to formulate a reasoned decision regarding the status of online gambling and, even more specifically, poker under the relevant Indian gambling laws.[2] The Court also added that the Centre must take into consideration various aspects of money laundering, Foreign Exchange Management Act (FEMA) violations and taxation of gaming proceeds while preparing its decision on this matter.[3]

On the one hand, it is perhaps appropriate for the Court to seek a conclusive determination on this issue from the government, as contradictory judicial pronouncements on the status of poker have failed to provide any certainty. To wit, while the Karnataka HC has held that poker is a game of skill,[4] the Gujarat HC has unequivocally deemed it to be a game of chance.[5] Yet, the binding value of a decision taken by the Centre on this matter is diminished by the fact that, as per the Seventh Schedule of the Constitution of India, “Betting and Gambling” is a subject for State governments to legislate upon. Accordingly, even if the Centre or the AAP government were to come up with a well-reasoned take on poker’s status, other State governments remain free to deal with the issue as they deem fit. Thus, while the Court’s desire to reach a determinative view on poker’s status as a game of skill or chance is commendable, the manner in which it seeks to do so poses a fair share of problems vis-à-vis feasibility and enforceability.

[2] Is online poker a game of skill or chance, asks HC, The Times of India, Nov. 28, 2019,
https://timesofindia.indiatimes.com/city/delhi/is-online-poker-a-game-of-skill-or-chance-asks-hc/articleshow/72284916.cms?utm_source=whatsapp&utm_medium=social&utm_campaign=TOIMobile 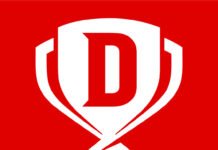