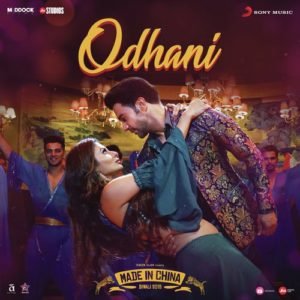 (Link to the Saregama song: here and Made in China song : here]

The facts as appearing in the recent order of the Delhi High Court state that:

Interestingly, Sony Music Entertainment India Limited which owns the music rights of the film ‘Made in China’ was not made a party to this suit. However, counsel for Sony Music appeared in the matter and informed the Court that the lyrical works are a folk song in which no one can claim ownership and thus cannot be assigned to anybody, and the underlying work of composition including sound recording of defendant in the song has already been assigned to Sony Music. Thus, they contended that without impleading Sony Music no relief could be sought by the plaintiff.

In view of Sony Music not being impleaded as a party to the suit, the Court refused to grant an ad-interim injunction to Saregama. In the meantime, in view of the stand of the defendant that Saregama has no rights either in the song or the underlying work for the reason that the gramophone company which is the predecessor-in-interest of the plaintiff only received limited rights and the plaintiff is not entitled to any license fee, the Court as an ad-interim measure directed the  defendant to furnish a security for a sum of Rs. 25 lakhs with the court. The matter has been listed on November 4, 2019.

Why all these recent cases on recreated versions?

There are a number of reasons why negotiations could fail between the parties in such deals such as exorbitant price being demanded by the older label, or the producer not wanting to give the rights in the new song to the older label. Such seems to have been the case with this song.

What is Sony Music’s defense in this case?

Sony Music seems to have made the following contentions:

The Copyright Amendment Act, 2012 has fortunately rectified several of the issues which used to arise due to such agreements being entered by music labels earlier such as restriction in applying the assignment in future modes and mediums not in existence at the time of assignment or in commercial existence unless specified, new proviso to Section 17, et all.