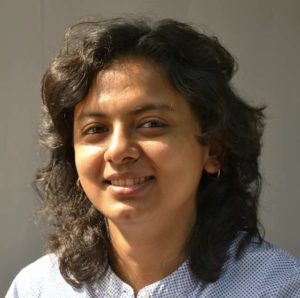 Sneha Jain is a Partner at Saikrishna & Associates, a leading IP-boutique firm based out of Delhi. She is a graduate from ILS Law College Pune and joined the profession in 2010. She provides litigation and dispute resolution advise with special focus on media and entertainment, information technology and new media issues.

Delhi High Court holds ‘to make a copy’ of a film u/s 14(d)(i) of Copyright Act is not merely making a physical copy, but also includes copying the ‘substance, foundation, kernel’ of a film

The Delhi High Court determined the scope of the right ‘to make a copy of a film’ which copyright owners exclusively enjoy in respect of the films they own. This right is articulated in Section 14(d)(i) of the Copyright Act, 1957, and was explained by the Court through its judgment in the case of MRF Ltd. v. Metro Tyres Ltd. issued on 01.07.2019.

It was in these circumstances that, in essence, the Court was required to clarify whether, in terms of Section 14(d)(i) of the Copyright Act, the making of a copy of a film has a narrow meaning and is restricted to making a physical copy, or whether the meaning is broad and includes copying substantial portions of the film as well.

The Court notes the issues as (a) whether in a suit for copyright infringement of a cinematograph film, the infringing copy has to be an exact copy made by a process of duplication or a substantial/material copy, (b) whether the test of infringement as laid down in the R.G. Anand case with regard to literary works is applicable to cinematograph films, and (c) whether the expression ‘to make a copy of the film’ means just to make a physical copy of the film by a process of duplication or whether it refers to another work which substantially, fundamentally, essentially and materially resembles the original film.

R.G. Anand is, of course, the seminal 1978 case in which the Supreme Court expanded on issues relating to what constitutes copyright infringement with reference to concepts like colourable imitation.

The Plaintiff submitted that, in line with India’s obligations under the Berne Convention, a cinematograph work has to be protected as an ‘original’ work and the owner of copyright of cinematograph film enjoys the same rights as the author of original works. Thus, ‘to make a copy of the film’ is not limited to making a physical copy. As held in R.G. Anand, the test of infringement is of an overall impression of an average viewer and not a microscopic analysis which underscores differences / divergences. It was submitted that the similarities between the two advertisements were on fundamental and substantial aspect of the mode of expression which evidence clear intent to copy. The Defendant’s advertisements showed a similar sequencing, form, treatment and expression which are neither incidental nor based on mere chance and the overall impression of an average viewer would be that the Defendant’s advertisement is a copy of the Plaintiff’s advertisement.

The Defendant argued that the present case is not a confusion-based action akin to trademark infringement or passing off and the requirement of ‘originality’ is absent in Section 13(1) with respect to ‘cinematograph film’. Thus, in order to show copyright infringement in a cinematograph film, it was essential to show that the impugned work was an actual copy of the Plaintiff’s advertisements by process of duplication. The phrase ‘to make a copy’ means to make a physical copy of the film itself, it argued, and not to make another film that merely resembles the original film.  In other words, copying under Section 14(d)(1) of the Copyright Act is to copy the same images and sounds and not to create another version independently, for example, by reshooting the subject matter of the original film.  In support of this argument, it was further submitted that the Copyright Act has used the term ‘copy’ and ‘reproduce’ differently, thereby denoting that the terms have a separate and distinct meaning. It was thus submitted that the Defendant’s advertisement does not make any physical copy of the Plaintiff’s advertisement. It was further contended that the test laid down in R.G. Anand would not apply as that case related to literary works and not films. Even otherwise, Defendant’s work is an independent work, and has numerous differences which evinces there was no intent to copy.

Findings of the Court

The Court has held that:

a. Unlike the narrow definition of a ‘film’, under the English law (which merely protects a recording of a work), a film in India has a wider and more robust definition and means a ‘work of … recording’, as opposed to mere recording. Thus, a cinematograph film is greater than sum of its component parts and enjoys full protection under Indian Copyright Act as any other work;

b. Though the expression ‘original’ is missing from Section 13(1)(b) (which identifies the works in which copyright shall subsist), the requirement of originality or intellectual creation is brought in through Sections 13(3)(a) and 2(d) as follows:

(i) Section 13(3)(a) stipulates the circumstances in which copyright shall not subsist in certain works. It provides that copyright shall not subsist in a film if substantial part of the film is an infringement of copyright in other works (which would include other films). It has been held that this can only happen if the film possesses originality, greater than the originality of its underlying works. Thus, in terms of Section 13(3)(a), if a film infringes another work / film, it may lack originality;

(ii) Section 2(d) defines ‘author’ and provides that the producer is the author of a cinematograph film. It has been held that the concept of authorship also entails originality.

(d) Unlike the narrow definition of ‘copy’ under Section 17 of the English copyright law, the term ‘copy’ has not been defined under the Indian Copyright Act. The ordinary dictionary definition of ‘copy’ is a wider one and includes an imitation or reproduction. No good reason has been indicated to read down the ordinary meaning of copy or for it to mean something narrower.

(e) The scope of protection of a film is at par with other original works and therefore, the test of substantial similarity laid down in RG Anand would apply. Thus, “‘to make a copy of the film’ does not mean just to make a physical copy of the film by a process of duplication, but it also refers to another film which substantially, fundamentally, essentially and materially resembles/reproduces the original film.” Consequently, copying of fundamental / essential / distinctive features of a film would constitute infringement – the Court “will have to compare ‘the substance, the foundation, the kernel’ of the two advertisements to consider whether one was ‘by and large a copy’ of the other and whether an average viewer would get an unmistakable impression that one work was a copy of the other.”

(f) The Court disagreed with the Bombay High Court judgment in the case of Star India v Leo Burnett (which held that ‘to make a copy’ means to make a physical copy by process of duplication”) on the ground that (a) the finding in the judgment that a cinematograph film does not require originality, is not in consonance with the Berne Convention; and (b) it was not brought to the attention of the Bombay High Court that the 1998 Norowzian v Arks judgment (that was heavily relied upon by the Bombay High Court to reach its conclusion) has been overruled on the issue of law wherein the Appeal Court has held that a film is entitled to protection as an original work.

(g) Copyright Act, 1957, is required to be interpreted in consonance with the Berne Convention, which protects the film not merely as a fixation, but also as an original work. This is also in line with the Appeal Court’s decision in the Norowzian v Arks

Additionally, reliance on the Appeal’s court decision in the Norowzian case may not be apposite in light of the difference between Indian and English copyright laws. Under English copyright law, an audio-visual work may have dual protection – as a ‘film’ (which has no requirement of originality) and as a ‘dramatic work’ (which has a requirement of originality). Au contraire, in India, an audio-visual work is protected only as a cinematograph film. ‘Dramatic work’, by its very definition, explicitly excludes a cinematograph film. Thus, while under English copyright law, the ‘originality’ requirement may be applicable in some cases when an audio-visual work is being protected as a dramatic work alone (and not as a film), the same logic may not be applicable under Indian law. In the Norowzian case, the Appeal Court protected the subject matter film as a dramatic work and not as a film, hence, the assessment on originality was undertaken, which proposition cannot apply in the Indian context in light of the differences in the definitions.

It can also be argued that reading in the requirement of ‘originality’ for cinematograph film, which is conspicuous by its absence in Sec.13(1)(b), would raise the bar for audio-visual works to qualify for copyright. This judgement interprets originality qua a cinematograph film to mean ‘intellectual creation’, which is ‘the form given to an idea or the development of the subject or underlying work’. However, not all cinematograph films may possess this standard of intellectual creation. This would create an additional qualification for obtaining copyright in cinematograph films that does not otherwise exist for certain works under the Copyright Act. Further, if ‘copy’ is interpreted to include copying of the ‘substance, foundation, or kernel’ of the film, it would arguably be akin to conferring upon the owner of copyright in a cinematograph film, the exclusive right over all future renditions of a video. For example, we create myriad videos daily using our mobile phones that may have as their subject matter content that is random without any underlying rationale or idea. For example, a recording of random people dancing at a concert, or a recording of a waterfall or sunset on our holiday trips – would such recordings be outside the purview of protection as a cinematograph film as they do not give form to any idea or develop any subject? Does this mean that anybody can take my random / holiday recordings and make use of it, without my permission? What happens to subsequent videos of the same waterfall from the same spot by other tourists? Would they infringe my video as their substance, foundation and kernel is similar?

It would be interesting to see how these issues are resolved in future cases.

Note: Views are entirely personal and not of the employer. 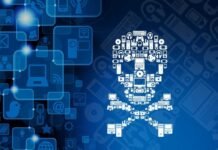