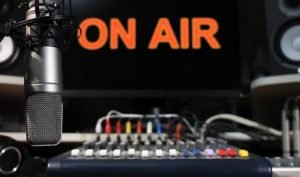 India remains one of those few democracies in the world in which news dissemination on radio still remains within the control of a government owned broadcaster, Prasar Bharti Corporation which owns and operates All India Radio.With the unparalleled reach which radio as a medium has in India, such monopoly ensures the government’s control over the dissemination of radio news.

The initiative has been kept free of cost as it aims to increase awareness amongst the people by keeping them informed, educated and empowered. Private FM Broadcasters wanting to broadcast AIR News would have to firstly register themselves with News Services Division: All India Radio on their website and secondly by accepting the thirteen terms and conditions provided on their website. The Terms and conditions can be viewed here.

In an era of digitization, the curbs imposed on private FM broadcasters from broadcasting news and current affairs defies logic and reasonableness.

A Public Interest Litigation (PIL) was filed in 2013 by Common Cause for quashing the provisions of the Policy Guidelines and of the Grant of Permission Agreements framed by the Government which prohibit private FM Radio and Community Radio stations from broadcasting their own news and current affairs programmes on the same footing as television and print media. The Government had issued separate policy guidelines for community radio and FM radio, imposing unreasonable restrictions on the broadcast of news and current affairs programmes by them.

The Government had contended that it was not possible to grant Private FM Broadcasters permission to carry out news as several anti-national radical elements within the country and also abroad can misuse it for propagating their own agenda. Ministry of Home Affairs contended that the Community Radio Service operators and Private FM Operators may not be allowed to broadcast news and current affairs programmes. Broadcast of news by these stations/ channels may pose a possible security risk as there is no mechanism to monitor the contents of these news bulletins of such stations.

The Supreme Court vide order dated Feb 14, 2017 observed that the Union of India should consider extending the content of news and current affairs for community radio stations and F.M. Radio Stations, at least to include such news and current affairs, as are already in public domain, namely, such news and current affairs, which are broadcasted, not only by the AIR, but also by the licensed operators in the print and electronic media. This was done as a result of the counter-affidavit filed by the Union of India which highlighted the gradual progress of the policy guidelines in context of news broadcast by private radio channels. The counter-affidavit contended that the revised guidelines permitted community and F.M radio stations to broadcast news and current affairs sourced exclusively from the All India Radio, in its original form or translated into a local language/dialect.  The writ petition was however dismissed on April 12, 2018 for default of appearance on behalf of the petitioner.

11.1 The permission Holder will be permitted to carry the news bulletins of All India Radio in exactly same format (unaltered) on such terms and conditions as may be mutually agreed with Prasar Bharati, No other news and current affairs programs are permitted under the Policy (Phase-III)

11.2 The broadcast pertaining to the following categories will be treated as non-news and current affairs broadcast and will therefore be permissible:

However live commentaries of sporting events of local nature may be permissible;

(b) Information pertaining to Traffic and Weather;

(c) Information pertaining to and coverage of cultural events, festivals;

(g) Such other categories not permitted at present, that may subsequently be specifically permitted by Ministry of Information and Broadcasting from time to time.”

So if the Policy Guidelines already permitted unaltered AIR news to be carried out then what has changed now?

Other than a few minor changes in relation to credits to be given to AIR and mandatory broadcasting of commercials along with the news bulletin in toto, the major change seems to be that  the sharing of AIR News has been made free of cost until 31st May 2019. Under the old regime of Phase III, Private FM Operators would have to pay license fee for the carriage of news bulletin which had to be paid in advance on a quarterly basis.

The Common Cause petition had highlighted none of USA, Spain, Italy, France, Greece or Australia’s radio stations are barred from  airing news and related content. In fact, many stations are solely news channels, including specialised ones for community radio. Further, countries like Nepal, Sri Lanka, Bangaldesh and even Pakistan are ahead of India in allowing news content to be broadcast on the private channels.

Making AIR news available on private FM channels free of cost only until 31st May, 2019 looks more like an election agenda than a step towards extending the dissemination of news through one of the most popular mediums of mass communication. 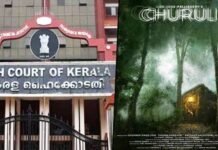